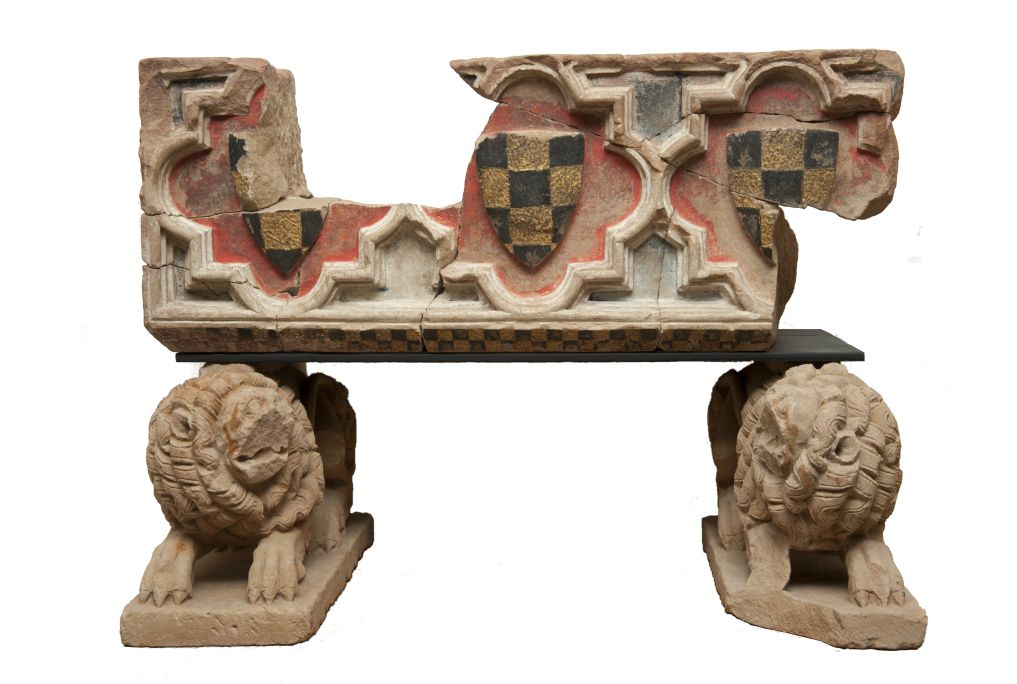 Funeral pantheon of the Count of Urgell, Ermengol IX. Museum of la Noguera.

The funeral pantheon of Ermengol IX remained in its original location in the church of Santa Maria de Castelló de Farfanya until the Spanish Civil War. Then, following the uprisings of 1936, the temple was burned down and destroyed. The pantheon was then moved to Lerida, where it ended up as part of the collection in the Diocesan Museum. In the late 1960s, it was stolen from the Seu Vella or old cathedral of Lleida, where it was being preserved, and was exported illegally.  Finally in 1975, it was sold to The Cloisters Museum in New York, where it now remains.