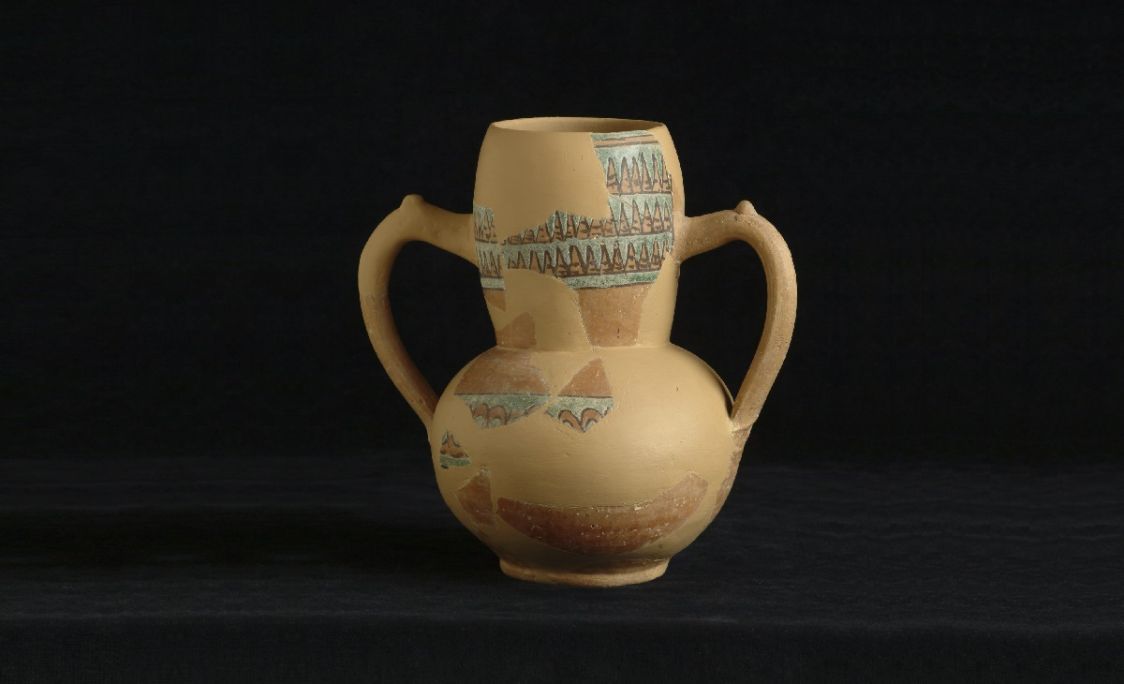 Small jar from the archaeological site of Pla d’Almatà, dated to the first half of the 11th century. Museum of la Noguera.

This small earthenware jar has an internal filter between the neck and the body and is decorated with copper manganese and oxide, using a technique called corda seca (dry cord). The decoration shows three parallel friezes with a dandelion motif, and, on the bulging part of the jar, a plaited band, sometimes called the “cord of eternity”, which is a characteristic symbol in Islamic religious art. The jar would have been used to serve different liquids. These kinds of objects have been dated to some time around the middle of the 11th century, which was when the medina of Balaguer was at the height of its splendour.