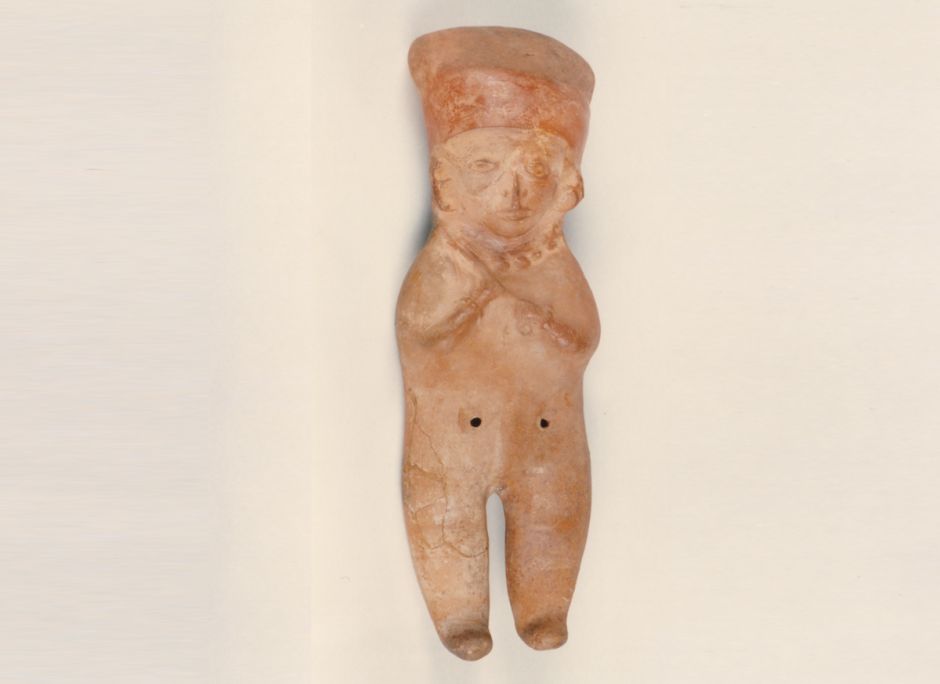 The oldest of the museum's instruments is an ocarina that is almost 2,000 years old. It has a, probably female, human form and originates from the Bahía culture that developed on the coast of present-day Ecuador. It retains traces of the colours with which it was decorated. This instrument is associated with religious funeral ceremonies in which music accompanied the deceased into the next world, and in which the ocarinas were the main instruments. Even today the ocarina plays a major role at funerals in the part of Ecuador where the Bahía culture was established.

21. The ocarina, a small instrument known the world over