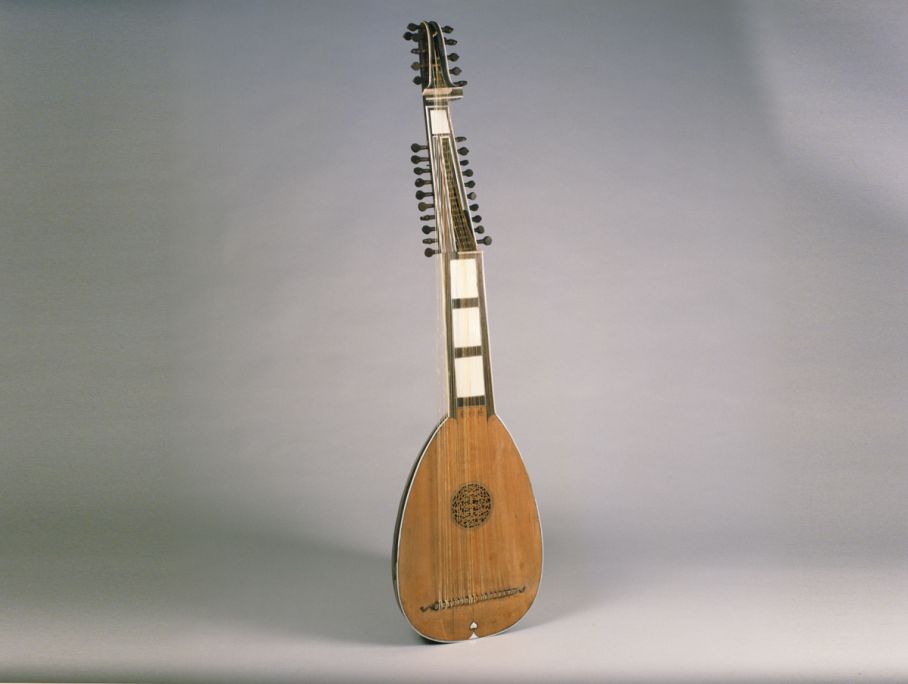 The Palau trio, consisting of a lute and two archlutes, was purchased by Joaquim Folch at the beginning of the 20th century, and later formed part of what was the first collection held by the Museu de la Música. Until then, the instruments had been held in the majestic music hall at the Marquesos de Dosaigües palace in Valencia, where they must have been played on numerous occasions. These lutes, made by luthiers in Venice and Rome, are a clear example of the cultural exchange between different parts of Europe.