The guitar: a permanent dialogue between popular and art music 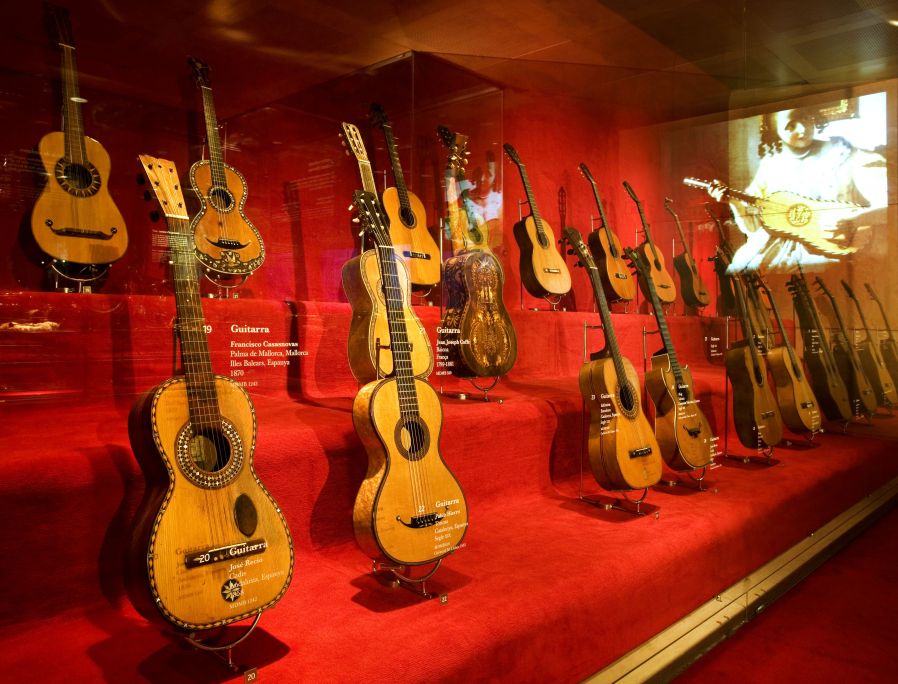 The Museum’s guitar collection is regarded as one of the best in the world. Photo by Rafael Vargas.

At the end of the 16th century, the guitars and hand violas of the Renaissance became transformed into a simpler, more versatile instrument. In 1586, Joan Carles i Amat published the first known treatise on the guitar. He describes two styles of five-string guitar playing: the Castilian and the Catalan. The six-stringed version became popular in the 18th century, for sophisticated music and for dances and accompanying songs. 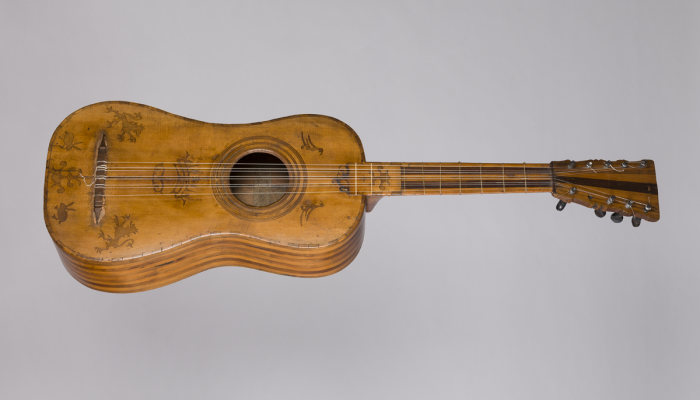 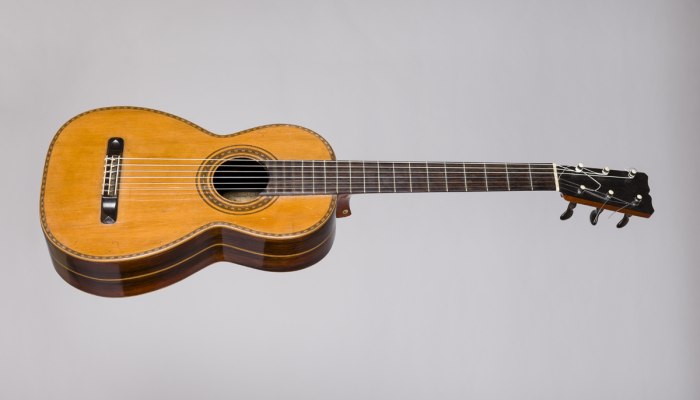 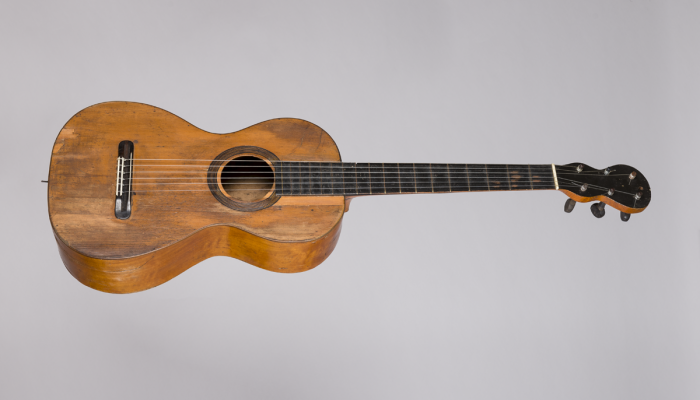 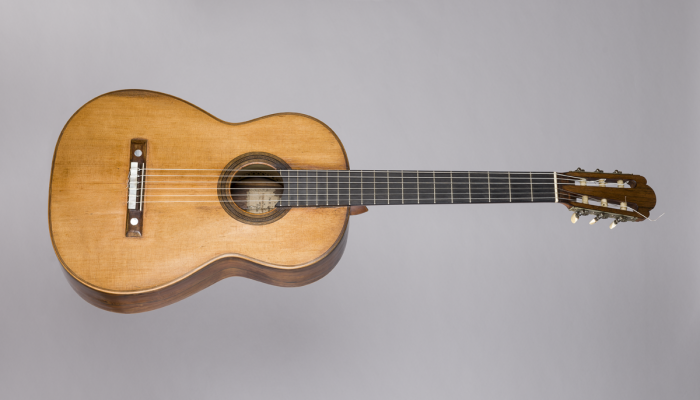