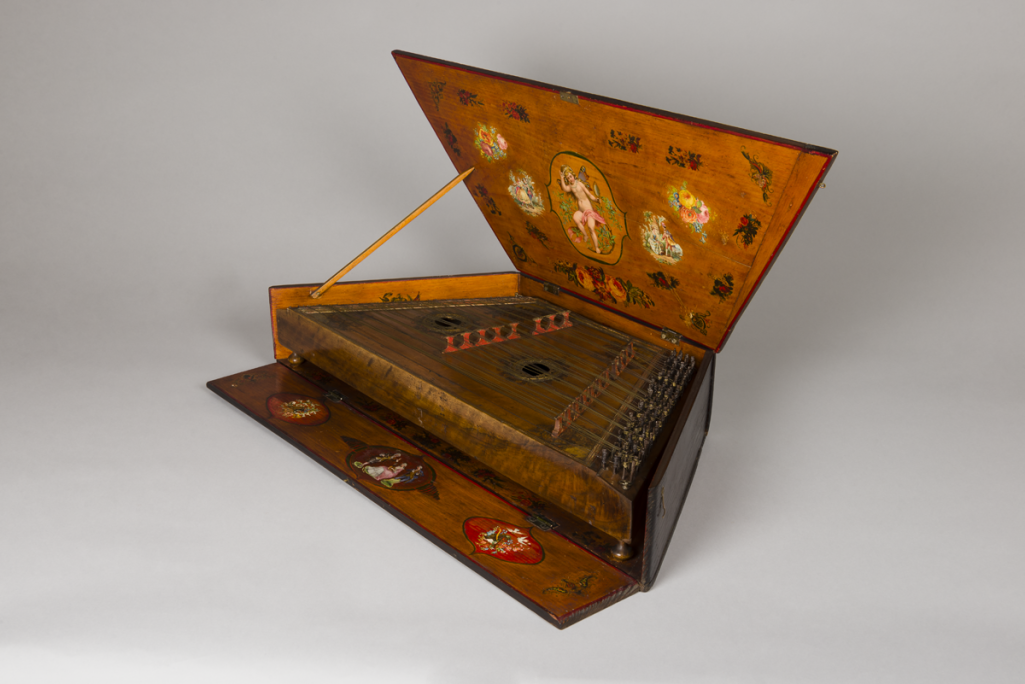 The psaltery was an enormously popular instrument in Catalonia during the 17th and 18th centuries. In fact it is an instrument that can be found in a similar form in many, very different, musical cultures. It is played by plucking the strings with the fingers or with a plectrum, or by striking them with a little hammer. The Museu de la Música has a very valuable collection of twenty psalteries, some of them from the Baroque period. These two examples, whose makers have not been identified, and another by Salvador Bofill, have luxurious ornamentation depicting traditional Mediterranean themes such as hunting scenes, coastlines and vegetation, and they were built with meticulous attention to detail, as would be expected by the wealthy patrons for whom they were intended.