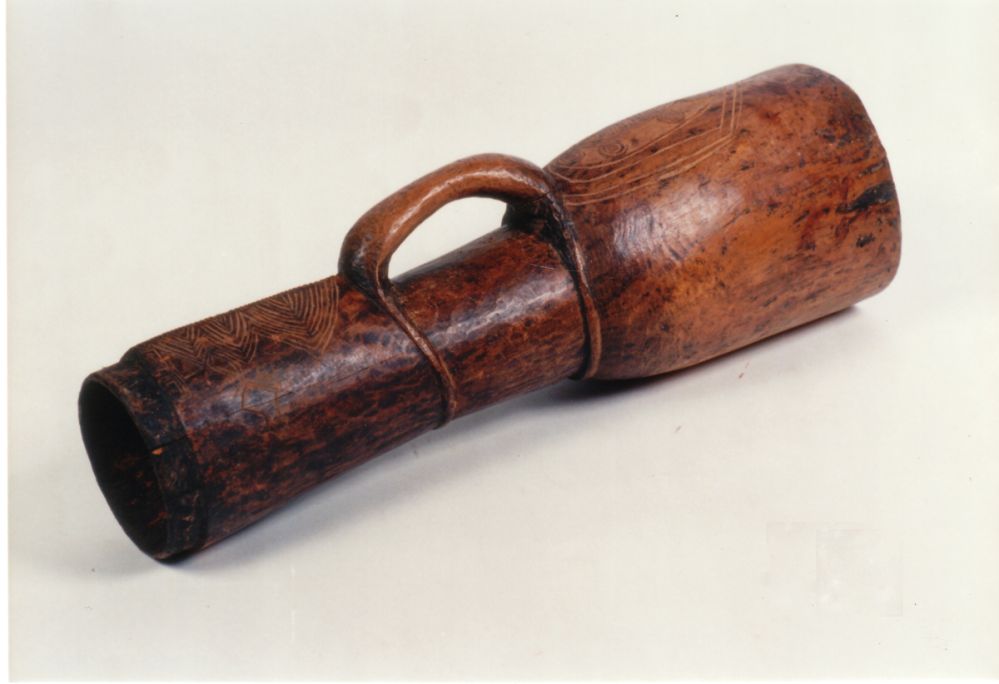 The word kundu is used in Papua New Guinea to denote a certain kind of drum that is made of wood in the shape of an hourglass. It is hollow and has a handle on the middle section to hold it, and a drum skin that is struck to produce the sound. This particular drum has ornamental wood carvings depicting animals and geometrical shapes and was used by the Asmat people in rites of passage to mark the initiation of adolescents into adulthood. It was acquired by the Museu de la Música after an expedition organised by the Museu Etnològic de Barcelona. It was not until 2007, however, that a membrane was found for it after the confiscation of a cache of illegal animal skins in the port of Barcelona.