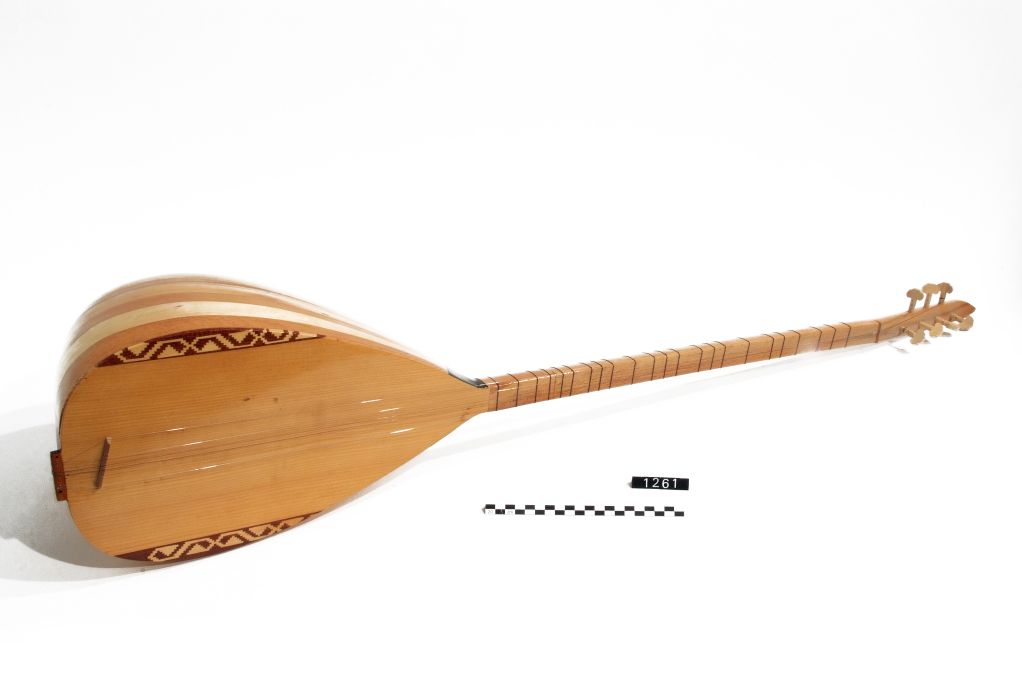 Saz. Museum of the Mediterranean.

The saz is a string instrument, a kind of long necked lute, which is played in a number of regions such as Turkey, Iran, Iraq, Syria, and the Balkans. The most common is the Turkish one, which has seven strings. This is one of the most popular musical instruments in Turkey. Its name in Turkish literally means ’musical instrument’ in the most general sense. It has a very characteristic elongated shape and already appeared in Egyptian friezes from the 4th century BC.