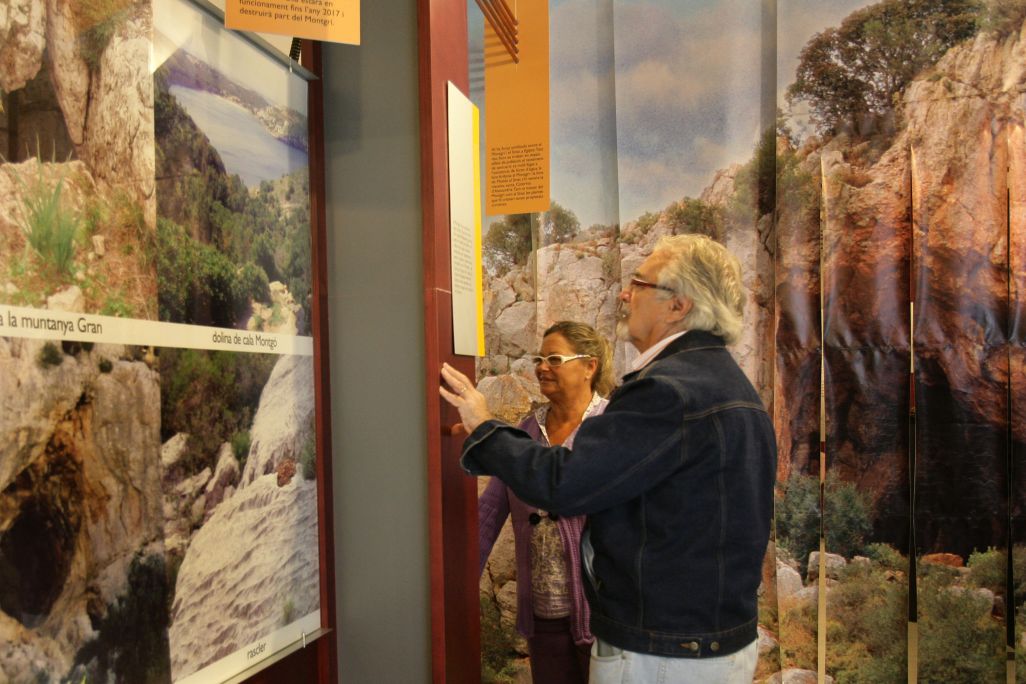 Gorged mountain. Museum of the Mediterranean.

The El Montgrí Massif is of the karstic type. Its main characteristic is that because of the action of rainwater on its limestone rocks fissures began to appear where rainwater filtered through. Over time, depressions, chasms and underground galleries formed, which were exploited by humans through the ages. For this reason, the El Montgrí massif has been compared with a huge Swiss cheese. To date, over 60 cavities created by the action of water have been discovered, some of which are off the coast and visitable only by scuba divers.