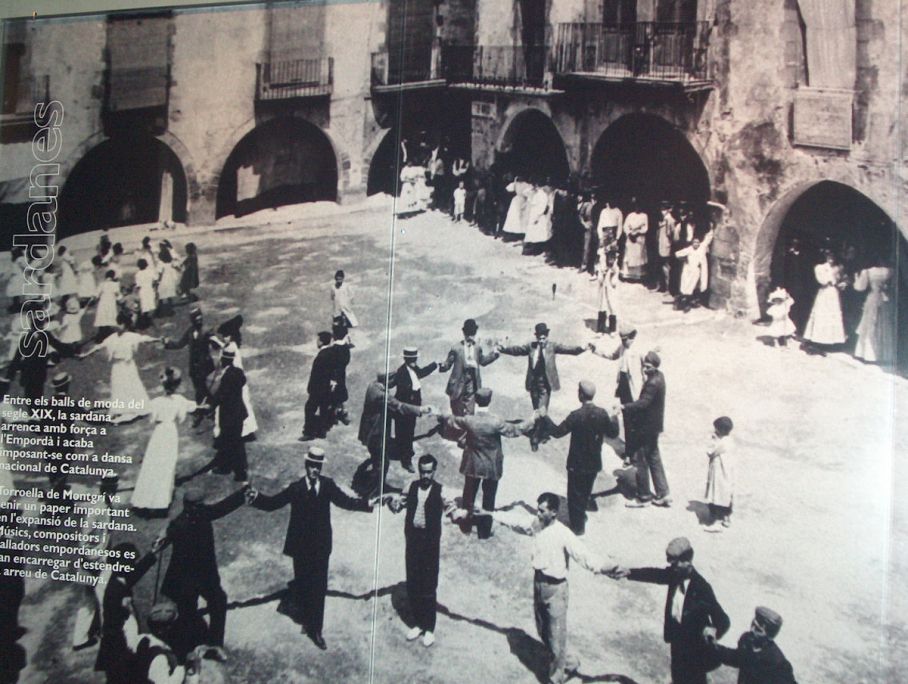 Today, the Sardana has become an emblem of this corner of the Mediterranean: Catalonia. But it was not always so. In fact, the Sardana was created in the 19th century and Torroella is one of its most important cradles. Some of its great composers like Vicenç Bou, were born here and others, such as Ricard Viladesau, spent time here. Bands such as "la Caravana" or "Els Montgrins" were also formed, and it was in the Plaça de la Vila where the Sardana as we know it today was danced for the first time. Its creator Miquel Pardàs, also took part in making human towers. A typical Mediterranean dance, the dancers form a circle holding hands and anyone can join in. The Sardana and Torroella have a very close bond.