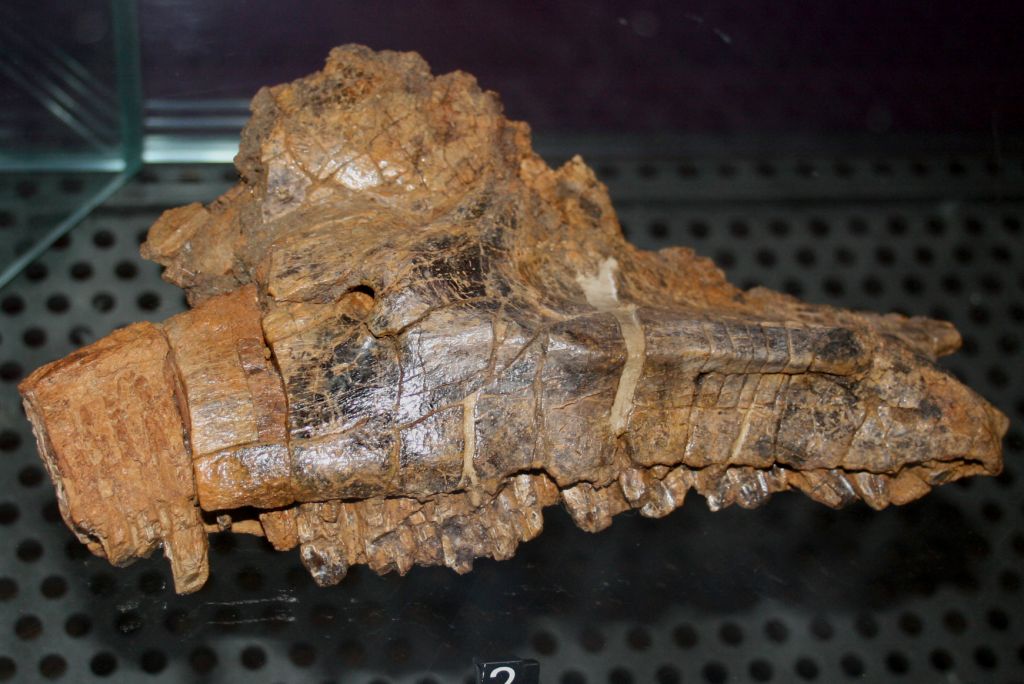 The maxillary of a Pararhabdodon isonensis.

Fossil remains of hadrosaurus such as those found in the Conca Dellà have only ever been found in these sites to the south of the Pyrenees.

This particular bone, the upper maxillary of a jaw, is typical. It and others like it are sufficiently different from those of the rest of the known dinosaurs to have merited the naming of the animal from which it came as a new species: the Pararhabdodon isonensis, whose genus name indicates that it resembles a rhabdodon, or type of hadrosaurus, and its species name that it is from Isona.The many fossilised bones that were unearthed in the Conca have helped to produce an accurate physiological description, what we might call, native dinosaur, on which our life-size replica is closely based.