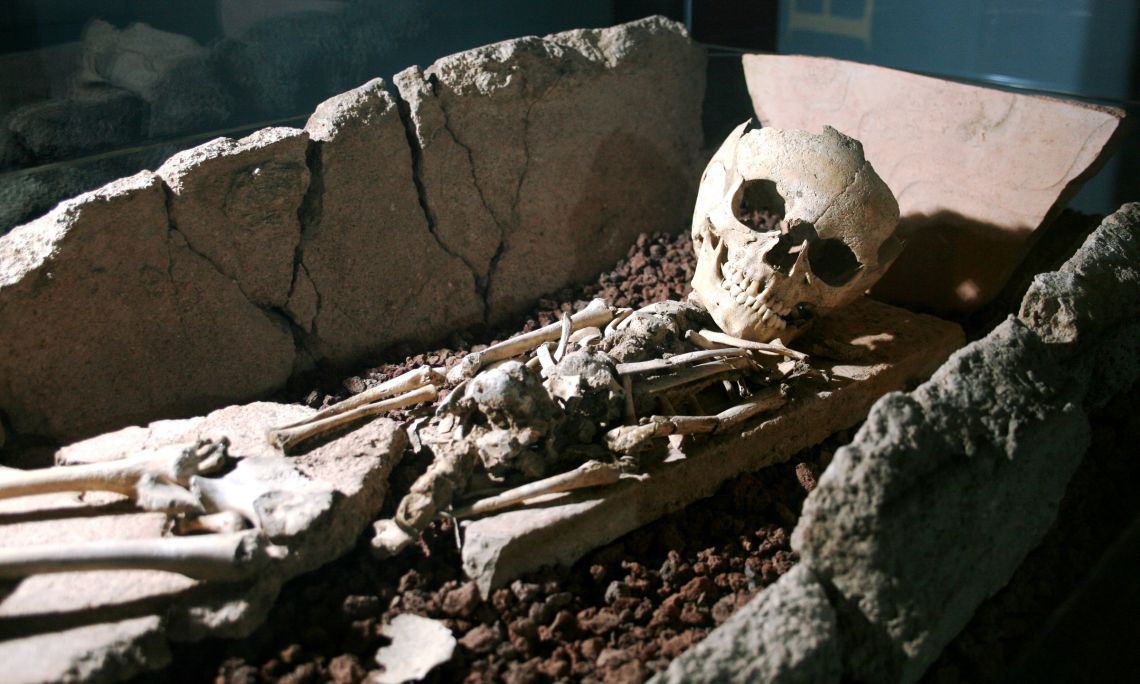 Around the beginning of the fourth century AD the town of Aeso began to lose importance as a trading, commercial and administrative centre, and to enter a decline from which it would never really recover.

From then onwards, district by district, the lower-lying areas of the town were gradually deserted, and the remaining population resettled in the upper part of the town, where they sometimes reused building materials from the neighbourhoods which had been abandoned to build their new dwellings.

Many of the houses in the old quarters remained empty, and some were used as burial places, as is attested by these remains of a child which were found in the floor of one of them.