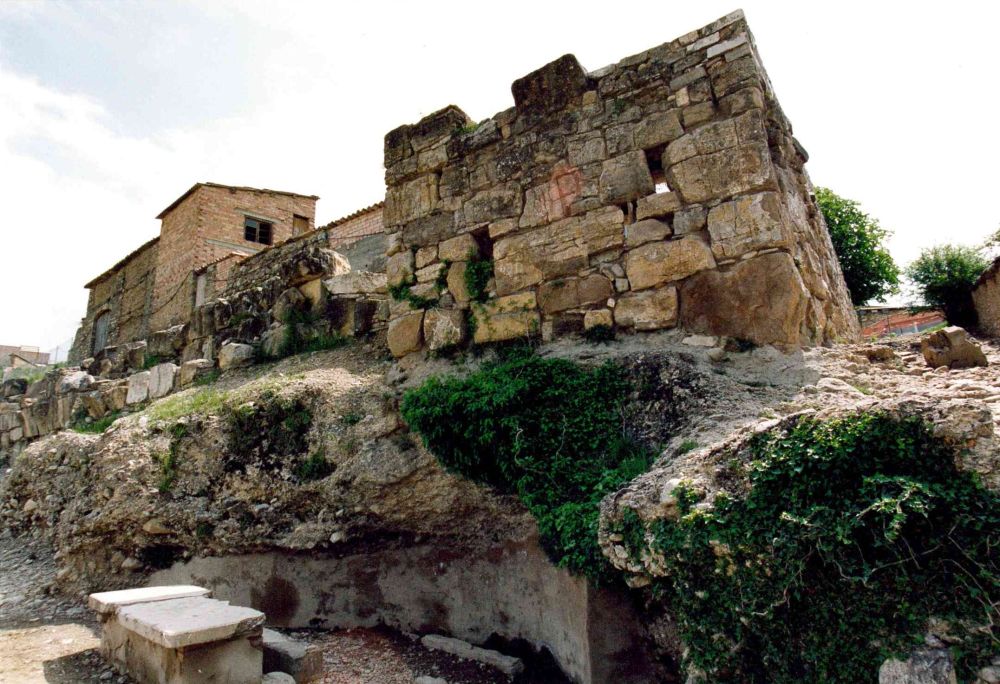 View of the south tower of the Roman walls of Aeso.

The comarca of Isona contains a Roman city that lies in its subsoil. Founded in the 1st century BC, the city (which was endowed with  municipium) had a walled perimeter and occupied an elongated hexagonal ground plan. The most prominent element is the wall, of which a 60-m stretch is graded to adapt to the slope. The geological relief was levelled out to create a flat base. The wall was then raised by building the outer and inner stone faces separately and filling in the space between them with earth. In total, these three parts (stone-earth-stone) attain a thickness of 1.5 m.

The stone parts have two rows of large blocks at the base (with smaller slabs that serve as wedges at specific points) and medium-sized and small blocks at the top. Depending on the section, a height of between 1 and 3.5 m of the wall has been preserved.