Dinosaur footprints at the Orcau 2 site 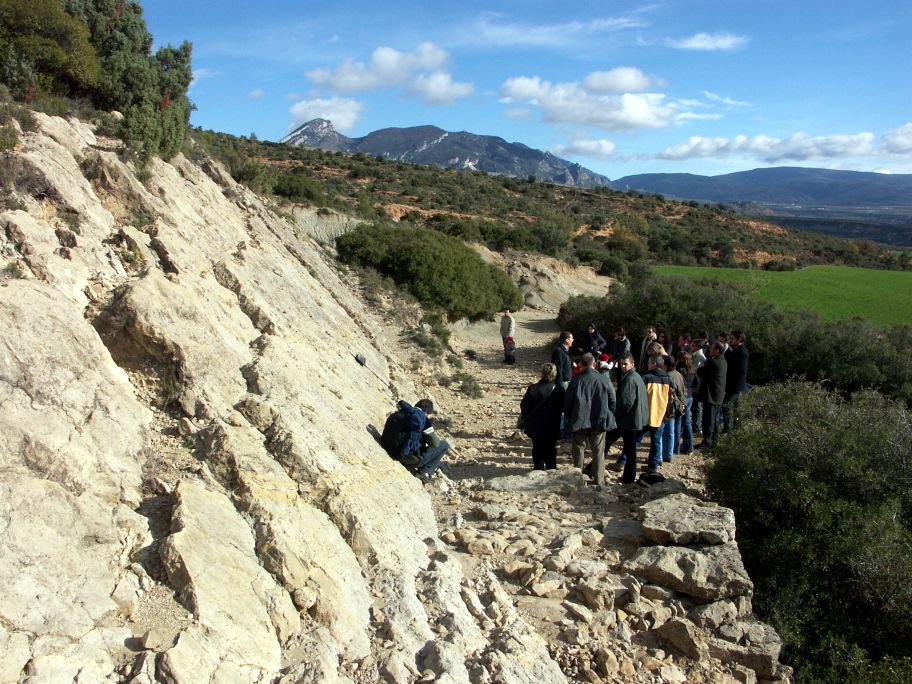 General view of the Orcau 2 site.

At the Orcau 2 site there are dozens of dinosaur ichnites, or fossil footprints, preserved on the surface of an extensive bed of limestone. When this stratum was formed it would have been at the bottom of a shallow lake near the sea, with abundant vegetation growing in and around the water.

The footprints found at Orcau 2 were left by a group of the large, herbivorous, quadruped dinosaurs of the species known as titanosaurus. These animals could reach gigantic sizes and had extraordinarily long necks and tails. Their heads were small in comparison with the rest of their bodies. The striking differences between the titanosaurus’s upper and lower limbs can be deduced from close study of the shape of the prints that are visible on the ichnites. From these we know that their lower limbs had rounded ends and thick fingers, which were often furnished with big claws. By contrast, the upper limbs were much smaller, and shorter, and were curved like sickles.