Bed of ichnites, or dinosaur footprints, at La Posa 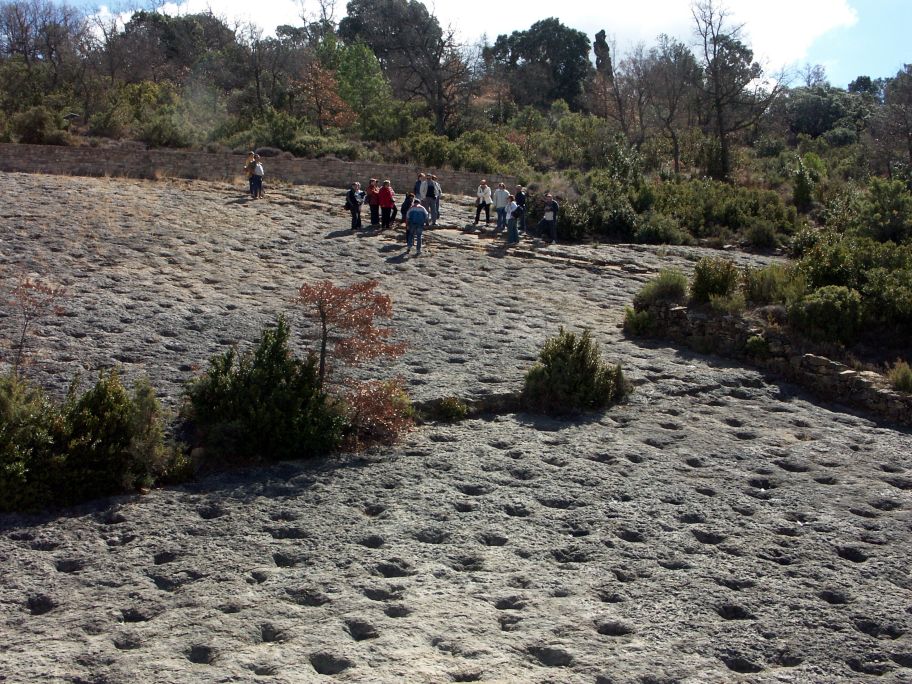 General view of the dinosaur footprints at La Pos.

The Conca Dellà is well known among geologists and palaeontologists for having one of the most complete and important fossil registers for the last dinosaurs which inhabited our planet, some 66 million years ago. Considering this, when the outcrop of what seemed to be fossil footprints was first discovered at La Posa, with its thousands of shallow depressions spread over an extensive area of Cretaceous rocks, they were at first thought to have been prints made by the feet of many dinosaurs in ancient times. However certain later observations made at the site led experts to suspect that this interpretation may not have been entirely accurate. A further thorough investigation was carried out and this resulted in an alternative hypothesis being put forward: that the “footprints” at La Posa may in fact be from excavations made by rays or skates in the soft mud or sand of the extensive coastal plain there was here during the Cretaceous. Rays are fish, distant relatives of manta rays and sharks, which often feed on animals living in or under sediments at the bottom of the sea, and have the habit of burying themselves to get at their prey, as must have happened here.