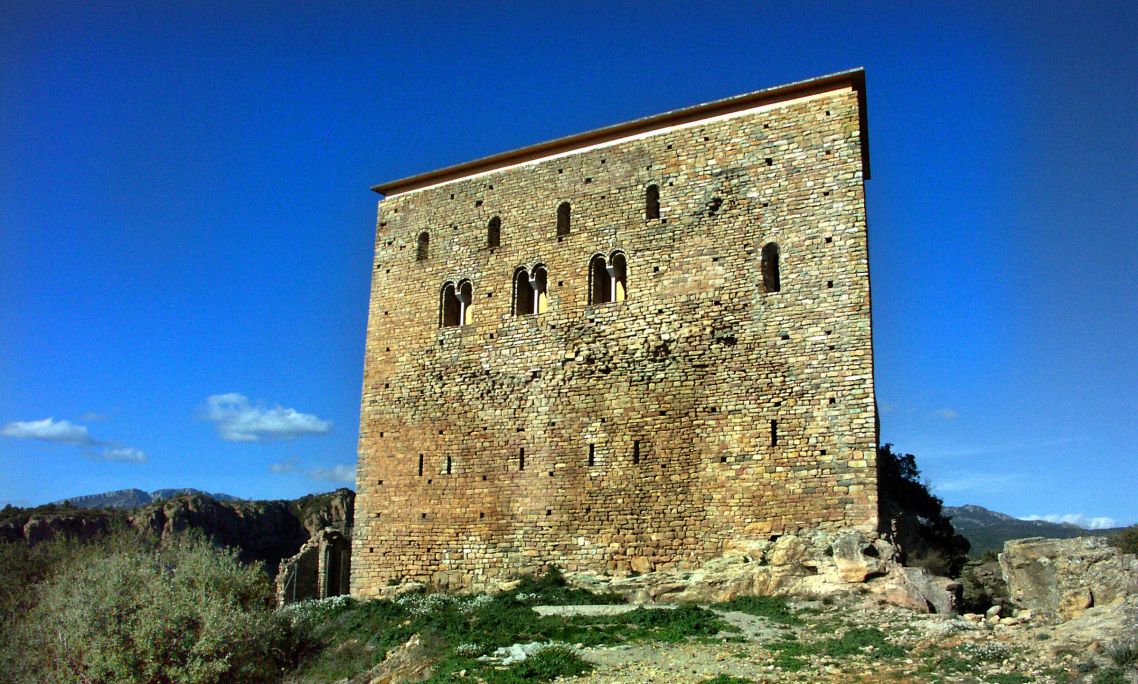 View of the façade of Llordà castle.

This fortified building from the eleventh century is located at the top of a hill to the north of the village of Llordà, and commands a wide view of the Conca, from most parts of which it is plainly visible. It is one of the best preserved examples of noble and/or military, as opposed to ecclesiastical, architecture from the Catalan High Middle Ages. It was built by Arnau Mir de Tost, one of the leading protagonists in the often struggles that consolidated the feudal system in Catalonia.

The building has two distinct precincts: the lower one contains the church and priest’s house, as well as what must have been the old village; the upper precinct is the true castle, where the lord and his family’s living quarters were, in the most spacious and comfortable rooms in the highest part of the building, while the servants and guards had their rooms and workplaces below them.

The whole edifice is now the object of a renovation plan which will preserve and strengthen its architectural structure. The archaeological excavations will undoubtedly provide us with more information about this castle-fortress.