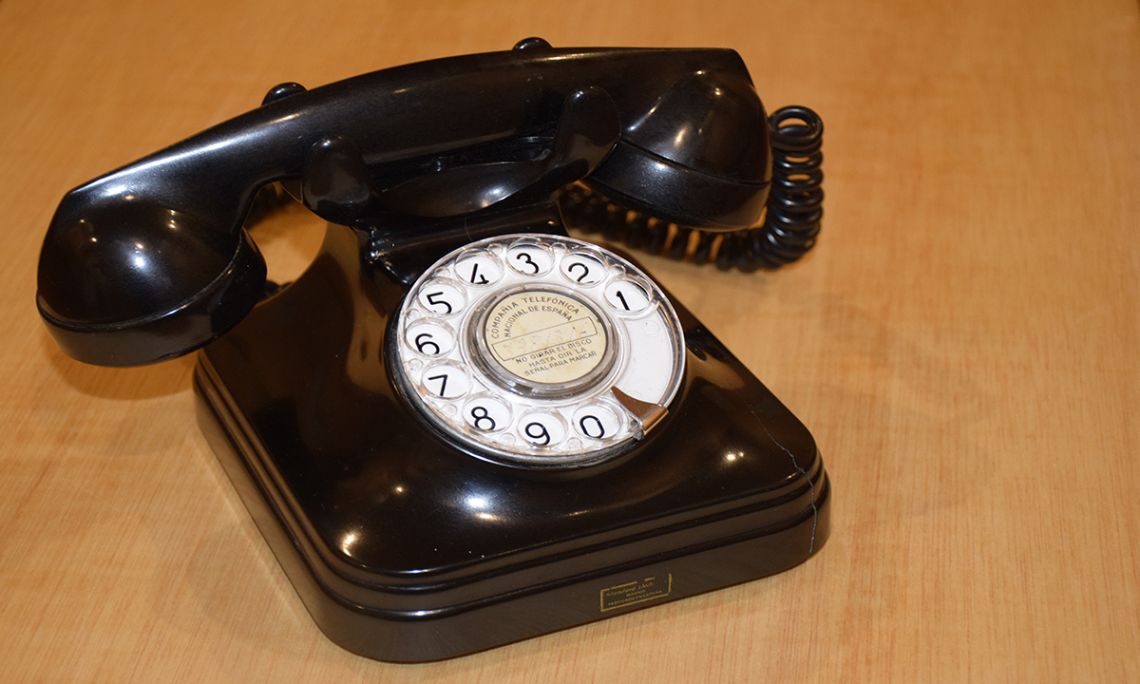 The phone is a device invented in the last quarter of the 19th century that allows for remote communication. Although today most devices are mobile and digital, in the 20th century they were analogue and made of a base with a mechanism and a handle where the part for communication was both a speaker and a microphone. In Catalonia, the first telephone communication was made between Barcelona and Girona in 1877, although the network of phone lines was not completed until well into the 20th century.