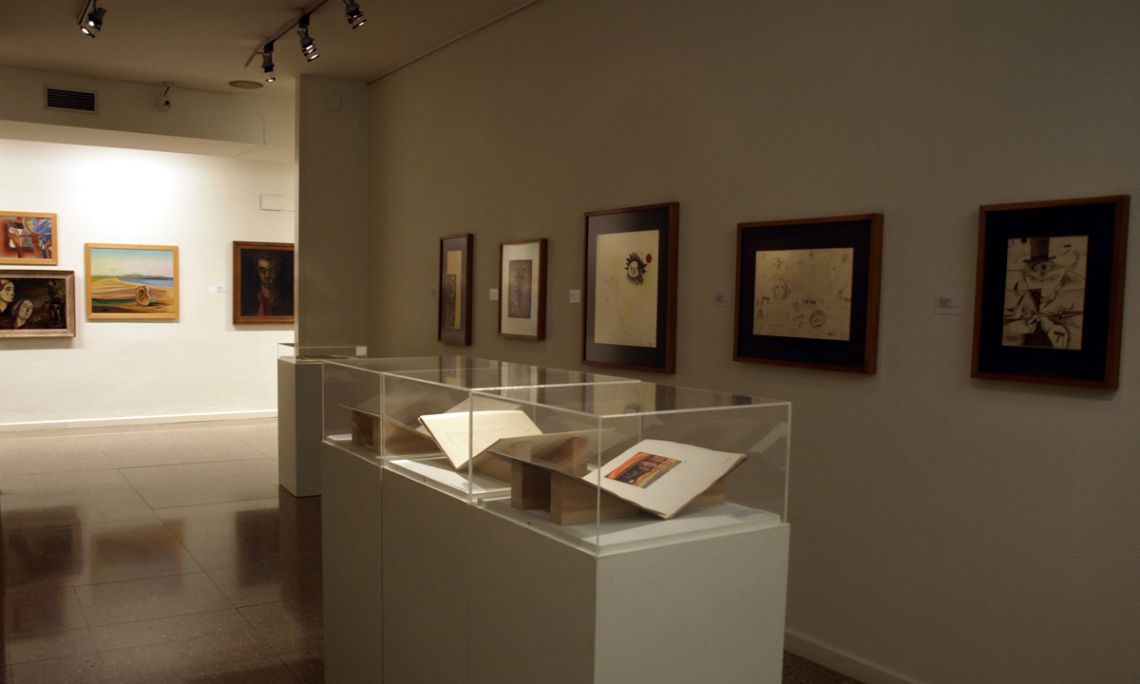 View of the exhibition room. Photo by d'Algans/mE.

In 1948, Antoni Tàpies, Joan Ponç, Joan Josep Tharrats, Arnau Puig, Modest Cuixart and Joan Brossa founded the magazine Dau al Set, with strictly artistic, literary and sculptural content (J.E. Cirlot became involved later), often using it to show their work. At this time, the aesthetic world of the magazine is clearly focused on surrealism and Joan Miró's work, which aroused interest in all of those involved and inspired the restless artists who produced work during this exciting period for aesthetics, morality and politics in Catalonia.

The "magical" art by Joan Ponç, Antoni Tàpies and Modest Cuixart, produced between 1946 and 1955, is as a bridge between the experiences of the Civil War (including ADLAN- Friends of New Art and GATCPAC- Catalan Architects and Professionals for Progress in Contemporary Art) and the surrealism of the post-war period. They were then caught by a spirit of recrimination, and their art was very poorly received.

Fantastical worlds filled with demons, striking and incredible poetry and pages filled with sorcery and witchcraft made up the essence of Dau al Set, a source of innovative art that left a strong mark on subsequent generations.

The works in this room come from the legacy of the marriage between Pepita and Alfons Moncanut i Geli (1962), canonical Catalan art collectors who donated to our musuem and established a close friendship with the painters, thanks to the family links with the Tàpies and Cuixart families. 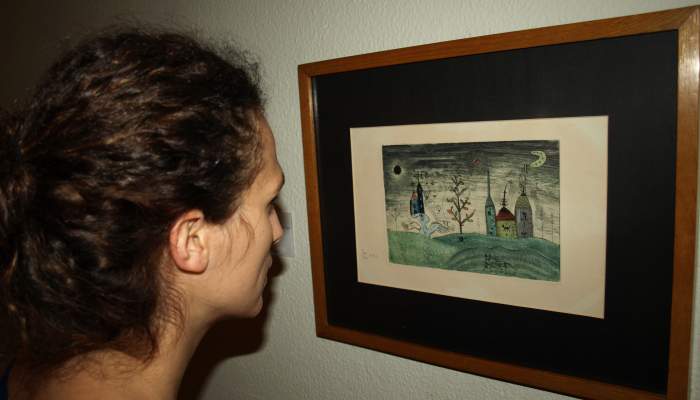