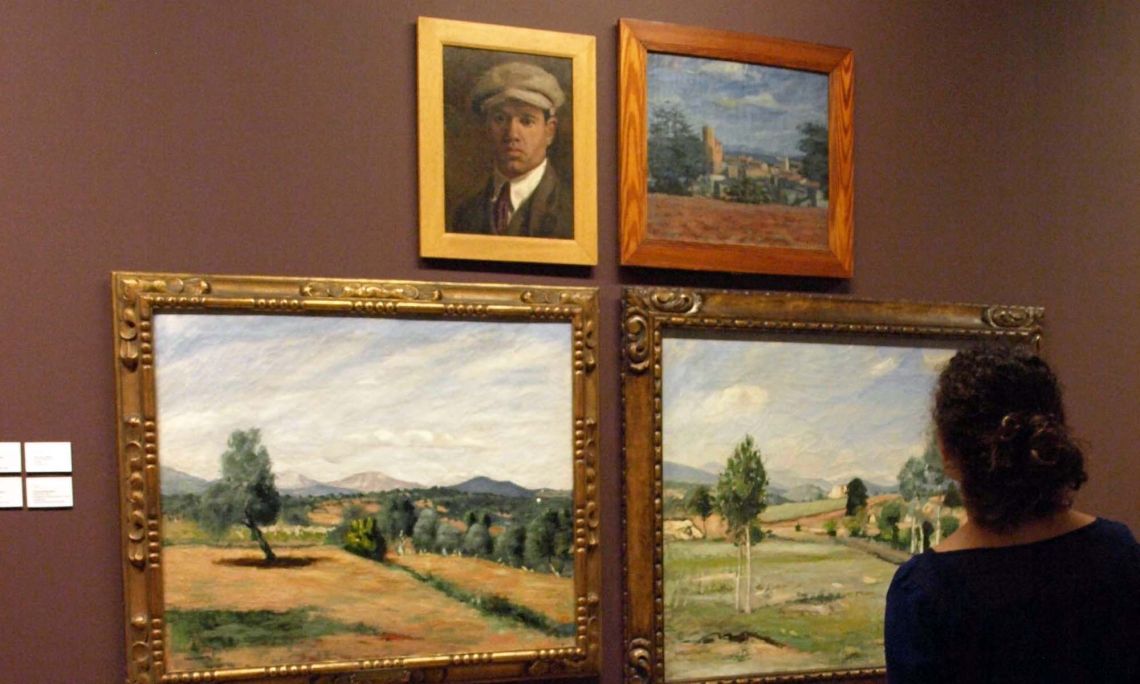 The heir of a family of landowners, Marià received classes from Pascual i Galwey in Olot, and he cycled along the paths of his beloved Empordà, which is nearly the only theme of his landscape work. Fages de Climent saw him as a uniting force between the Olot and Empordà styles. He exhibited in Barcelona to great success in terms of both sales and reviews, between 1921 and 1927. Dr. Estil·las, doctor and art collector, bought a lot of his work, and donated to the Valls Museum and this one.