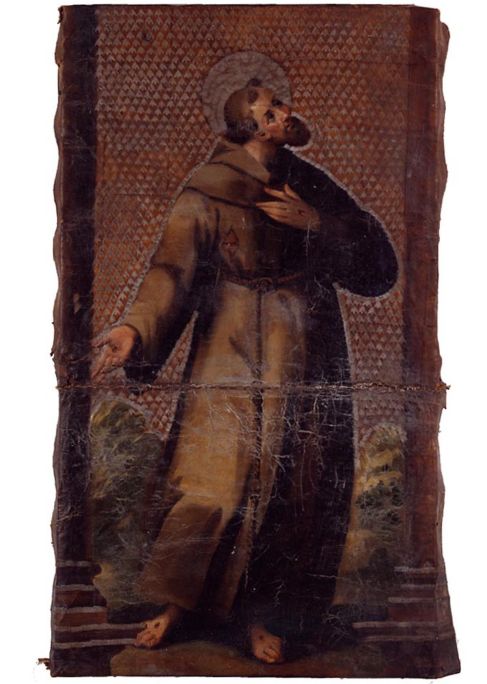 A fragment of cordwain depicting St Francis in an attitude of prayer. The saint appears with his head looking upwards dressed in the Franciscan habit tied at the waist with a simple cord with three knots, representing the vows of poverty, chastity and obedience.

At the point where the bushes begin, the figure is surrounded by a fine silhouette made with small lines, which also represent the shroud and separate the figure from the gilded background, which has been decorated with triangular cut-outs.