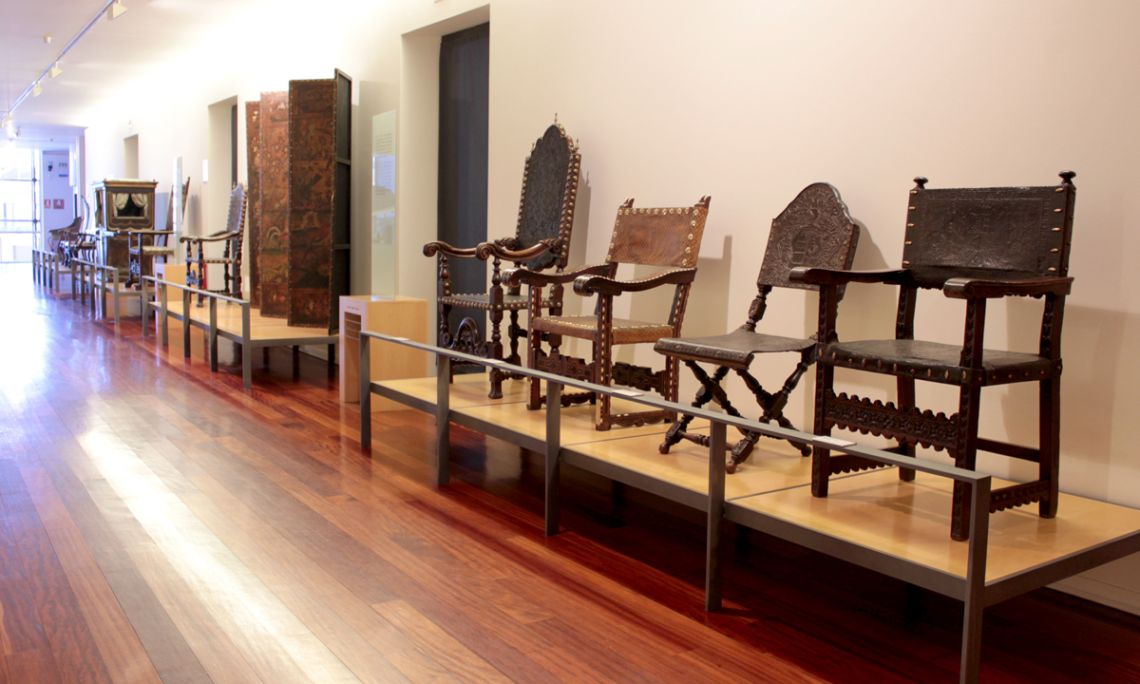 The 17th and 18th century chairs with leather backs and seats, called Portuguese chairs because the place where they were primarily made, were used exclusively by the ruling classes: kings, nobles and ecclesiastics.

The wooden structure of the earliest Portuguese chairs is fairly simple: the rectangular leather back and seat are attached with large nails. The leather was engraved with heraldic and plant motifs set out symmetrically, and the background is also engraved to make the drawn motifs stand out.

In the second half of the 17th century, the chairs evolved towards more original shapes. Most have no arms to leave space for the large round skirts the women wore. The backs take on different curved shapes and are also higher to prevent wigs, which were in fashion at that time, from falling backwards. The front beams show a double crossed “S”, a shell or flowers, and the legs are lathed. The motifs engraved in the leather are decorated with a great profusion of leaves and flowers, lions, eagles, human figures, angels and coats-of-arms. 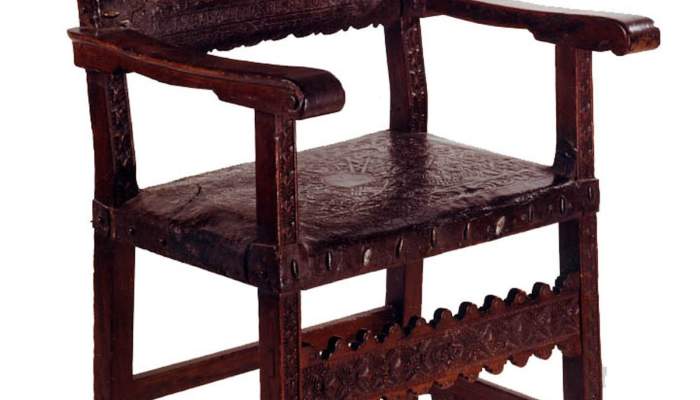 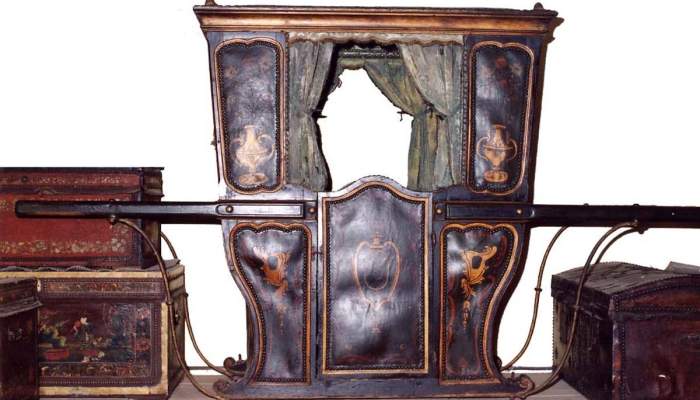 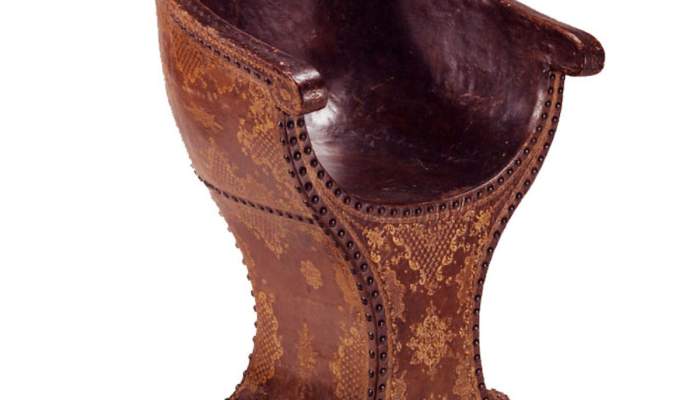