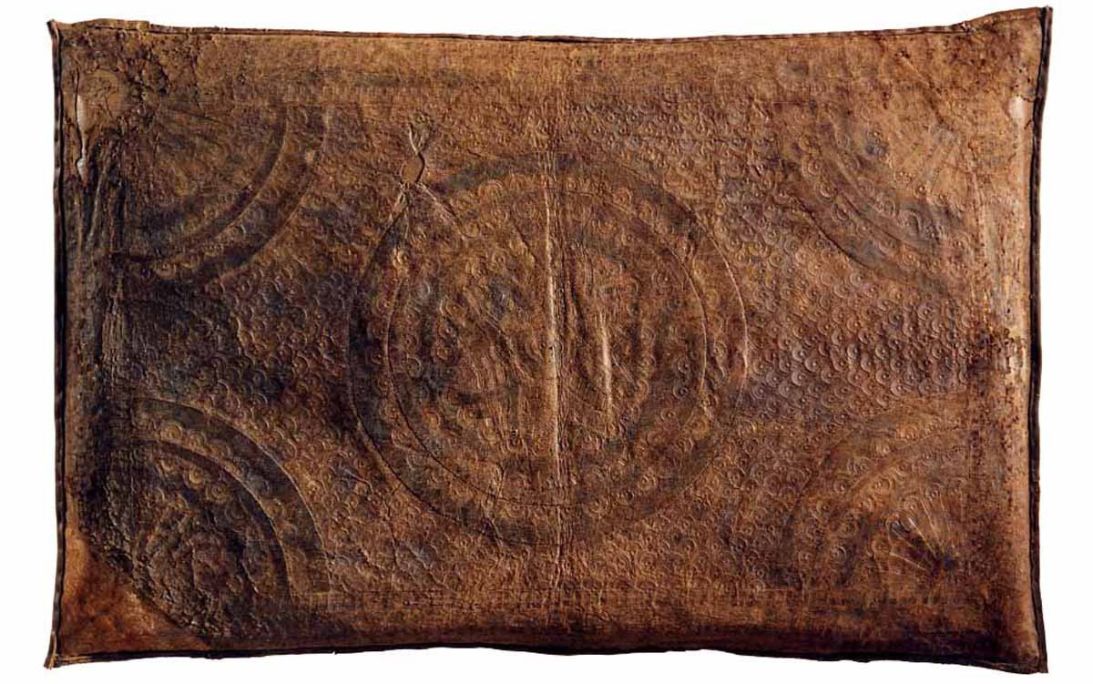 A cordwain cushion from the 14th century, gilded leather, decorated and polychromed (embossed leather on the back), 51 × 59 cm, Spain

A cushion made of two pieces of leather sewn together, with welt edging around it. Liturgical in nature, it was used to support the missal on the altar. Made in Spain in the 16th century, it reveals signs of the influence of the bookbinding of the time called “de abanicos”, and which was very commonplace after the second half of the 16th century.

As the ordinances of the cordwainers of Barcelona show, on 23 August 1539, the production of cushions in the cordwainers’ workshops was widespread and considerable, as two cushions had to be made to pass the master cordwainer examination.