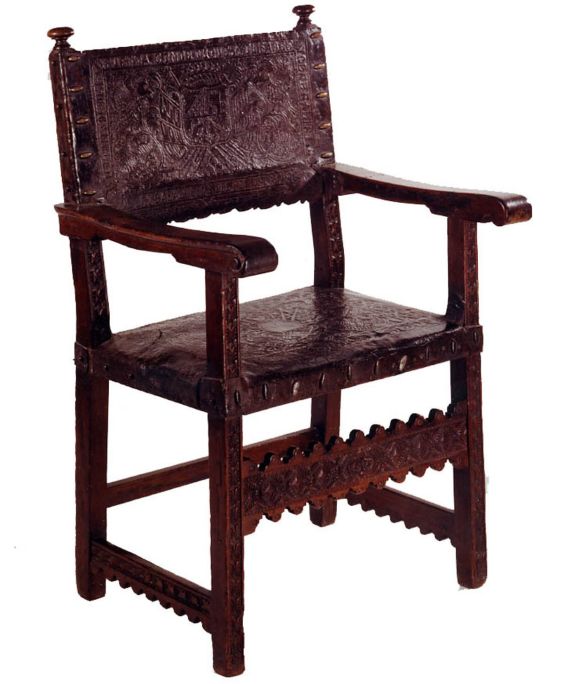 An armchair with a structure used from the mid 16th century as a ceremonial seat. On the back are the words “AUGUSTIN GIL DE LA PUERTA. CONDE DUQUE DE OLIBARES. GENERALISIMO DE LAS CABALLERIAS DEL REI. POR LOS ANS 1616”, referring to a fictitious character, as the Count of Olivares at this time was none other than Gaspar de Guzmán (1587-1645). The fact is that in the 17th and 18th centuries, the owners or donors generally placed their coat-of-arms or motto on the back, which was usually made of wood instead of leather.