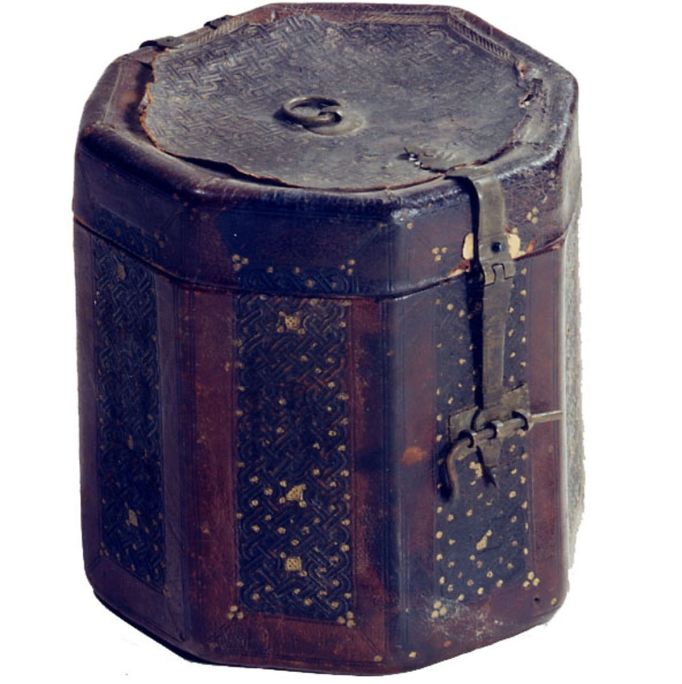 This box stands out for its octagonal shape and decoration with an abundance of intertwined lines and gold points on each of its sides. These lines also alternative with Hispano-Arab crosses, whose referents were the first Mudejar bookbindings, one example of which is the capitula curiae of the Crown of Aragon.

Some say that the application of gold on iron was a technique that the Catalan-Aragonese kings brought to Naples, having learnt leatherwork techniques and arts in Cordoba. This Hispano-Arab origin is confirmed because it shows the same type of decoration as Nasrid ivory.