Triptych of the Holy Face 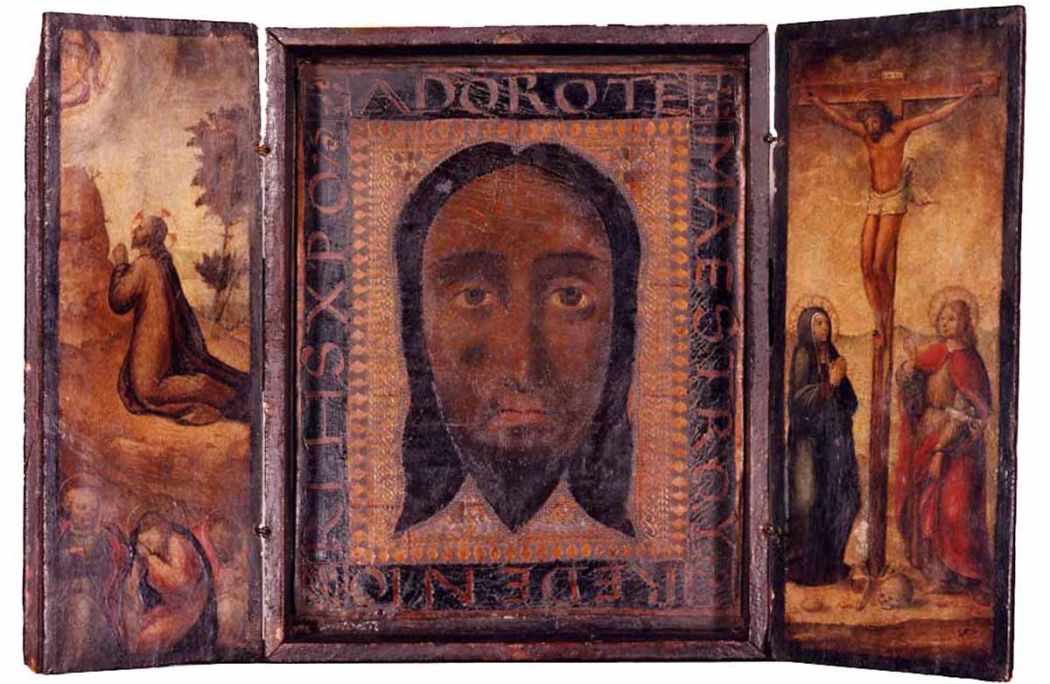 A cordwain triptych with the Holy Face, the prayer in the garden and the crucifixion, from the 16th-17th centuries, cordwain, gilded leather, decorated and polychromed, 49 × 68 × 5.5 cm, Spain

A triptych with the Holy Face in the centre. To the left we have a scene of the prayer in the garden, as described in the Gospel of St Luke, which explicitly says that Christ prayed on his knees. On the opposite panel to the right is the crucifixion in the presence of the Mother of God and John the disciple, with Adam’s skull at the feet.

These images were commonplace in many homes and churches as objects of popular worship. They insistently repeated the same themes around the crucifixion, the Mother of God, some saints such as Veronica, and the Holy Face.