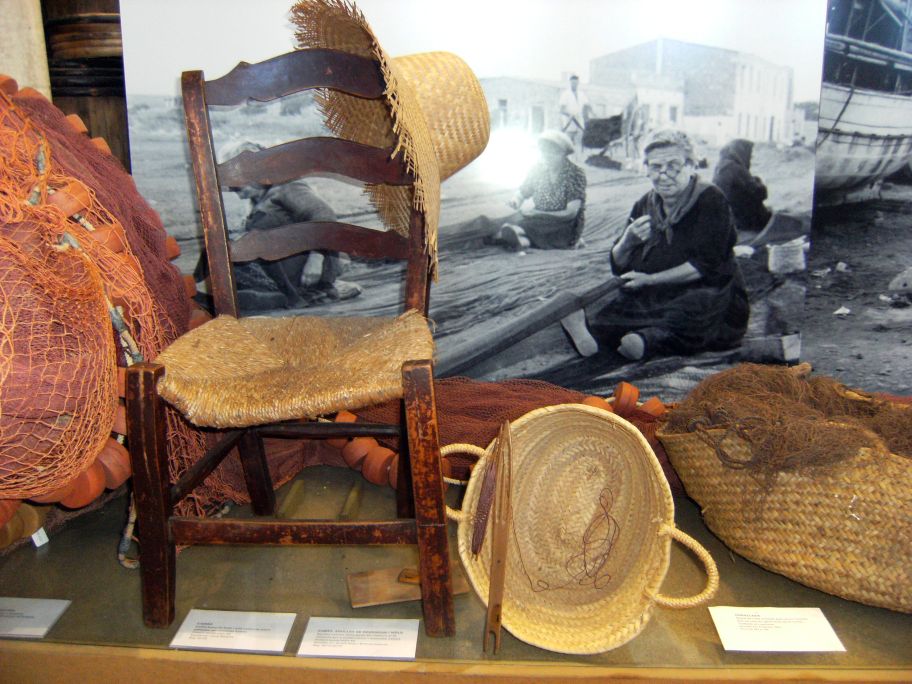 Wood needles were used to mend the nets, which were different sizes depending on whether they had to carry a larger or smaller load. Anchovy and Salt Museum. L’Escala.

The nets were also spread out whenever the fishermen returned from the sea to dry them out and mend any holes that had been made by dolphins or rocks on the bottom. This work was mostly carried out by women: known as remendadores (menders). They used needles to mend the nets. To make bigger or smaller nets, depending on the type of fish they hoped to catch, they used different sized pieces of wood known as brusques and mols.