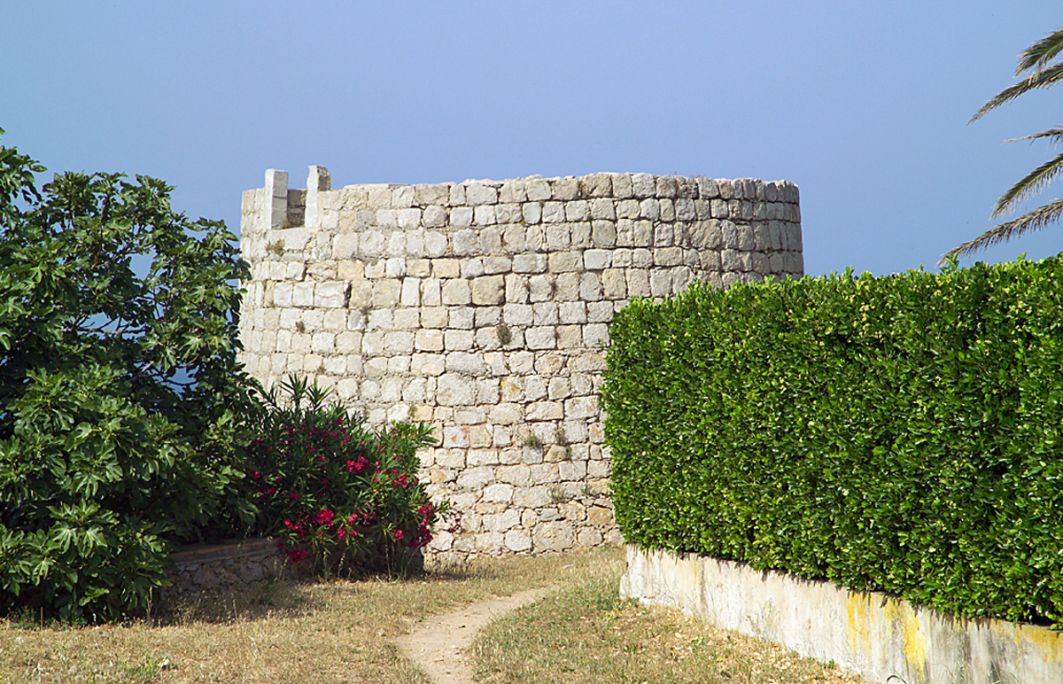 Outside view of Pedró tower, partially taken apart so the stones could be reused for other buildings.

Located on the hill in Pedró, at the entrance to the village and protecting the port, it is likely that this tower was built by the Counts of Empúries to defend shipping and fishing against piracy. It was first documented in 1543, and was strengthened between 1768 and 1786 under the office of mayor Josep Maranges de Marimon, as it shows his family shield on the door mantel. The interior features a large fireplace. It was used for years as a refuge for the poor, and it appears in stories written by the writer Caterina Albert i Paradís, known as Victor Català. It was dismantled during the last century to pave a street, which left the top uncovered.