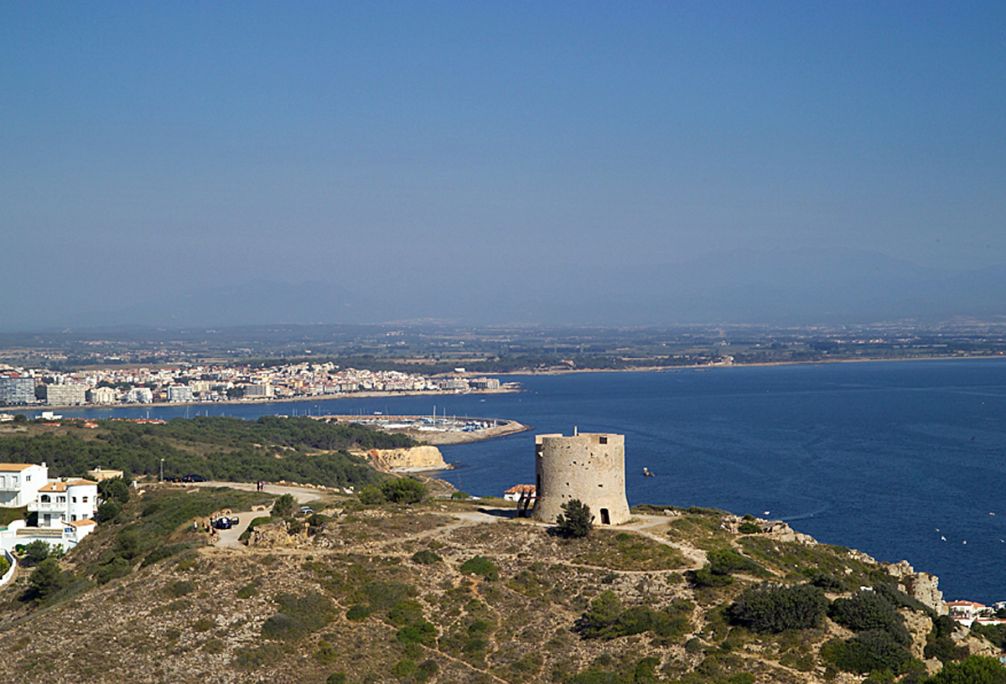 Panoramic view of the Montgó Tower, built in 1598, with l’Escala and Empúries in the background.

Tower to defend against piracy and protect fishermen in L'Escala and L'Estartit, built by King Philip II of Aragon and Castile in 1598. From the top of the tower you have a extensive view, as these towers (also known in Catalan as "fire and smoke" towers for the signals they gave) were used to warn people of pirate ships. It consisted of a garrison of soldiers, a lieutenant and the captain of Roses, and it was equipped with a cannon. In the middle of last century, when it was used for military purposes, a door was opened at the bottom to allow you to see the old cistern that collected rainwater. It was refurbished in 1999. On the first floor, which can be accessed by stairs, is the fireplace and bedroom areas, and the sea can be seen through narrow holes.