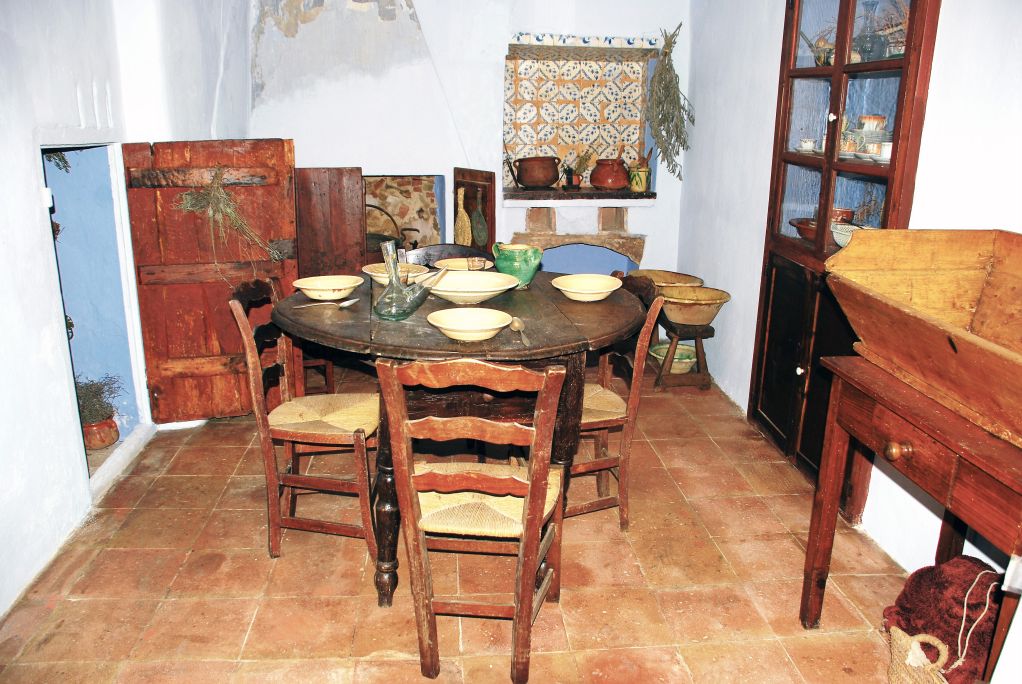 The old kitchen of Can Cinto Xuà, with the table set, fireplace, stove coal and pantry

House located in the old town of L'Escala, No. 35 Carrer de la Torre, near the beach by the old port. It is one of the few houses that still maintains the typical structure of a fisherman's house, without any changes made from the second half of the 20th century, and the only such house open to visitors. It was built in the 17th century by the Callol family, a fishing and coral family. It has two rooms on the ground floor, separated by the stairwell. One of them still has a coal stove, fireplace and 18th century oven; the other houses the 20th century kitchen and pantry, which connected to the old barn overlooking the courtyard and Carrer Sant Pere. Upstairs there are three bedrooms, one of which is an alcove. The house has been turned into a museum by the Anchovy and Salt Museum, and it includes items donated by many households in L'Escala to show visitors how daily life was during the 17th, 18th and 19th centuries, until the arrival of tourism.