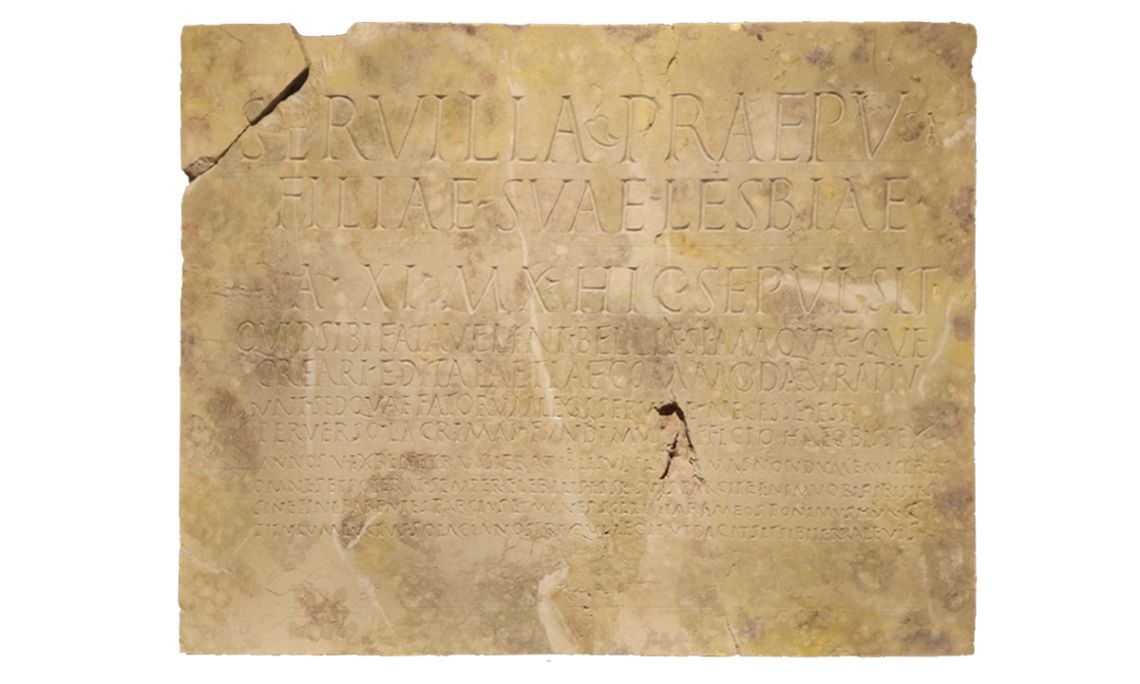 A tombstone for Lesbia, 1st to 3rd centuries AD. Museum of Guissona Eduard Camps i Cava.

This tombstone is dedicated to a girl named Lesbia, who died when she was eleven. It is an exceptional piece for its inscription, which is a dialogue written in verse. It is one of only a few tombstones with such features that are known from anywhere in the Roman Empire. The stone and its inscription may have been part of a larger funerary monument, though this has never been found or documented. From clues in the way the inscription is written we can date it to sometime between the end of the 1st and the beginning of the 3rd century AD. The mother, Servila Prepusa, who commissioned the monument, and the daughter, Lesbia, to whom it is dedicated, both bore names with Greek roots, which may explain something about the learned, literature culture the tombstone represents.

15. A tombstone for Lesbia