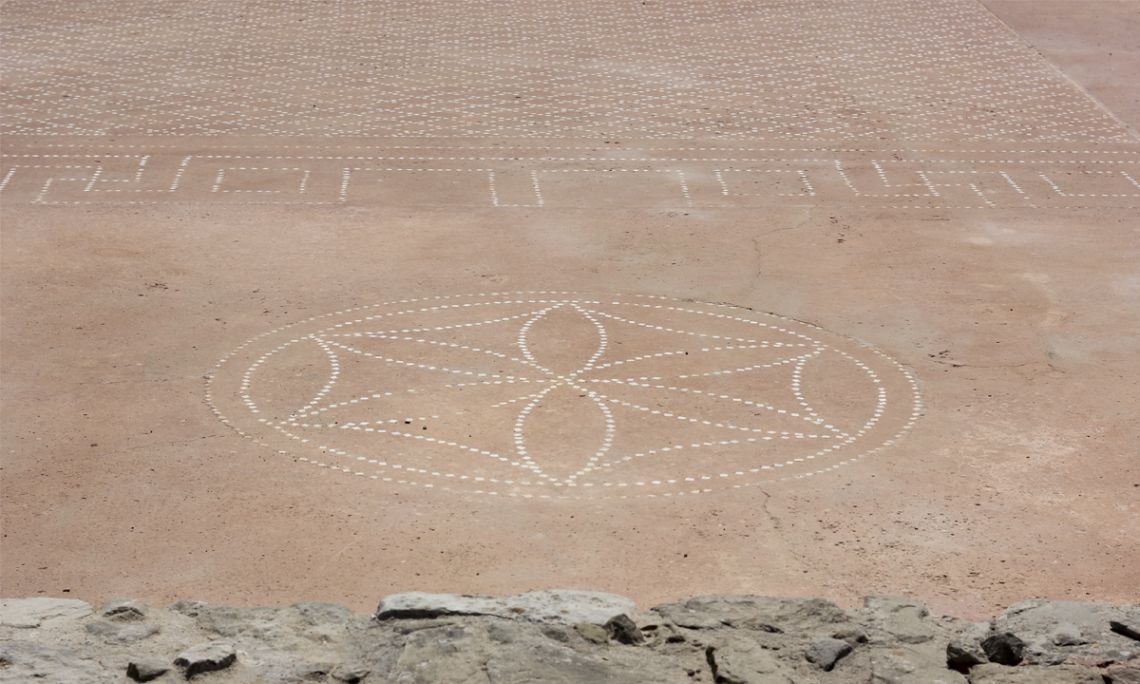 Reproduction of the mosaic from the dining room of the well-to-do domus. Museum of Guissona Eduard Camps i Cava.

For a Roman citizen, such as must have been the owner of this fine house, his home would have been a sanctuary where private life was carried on away from the public sphere of the street and the forum, but it would also have been, by times, the place where such an important citizen would manage his business, receive visitors, and entertain friends and guests, while his family and his slaves or servants would have occupied themselves with domestic tasks.

The mosaic that was found in one of the rooms of this house has two principal decorative motifs: a rectangular-shaped one with a frieze of swastikas and a circular emblem with a theme of flowers. This form of decoration suggests that this was the dining room of the house, and probably the place where its lord and master would have received his guests, and would have impressed them with his good taste, in everything.