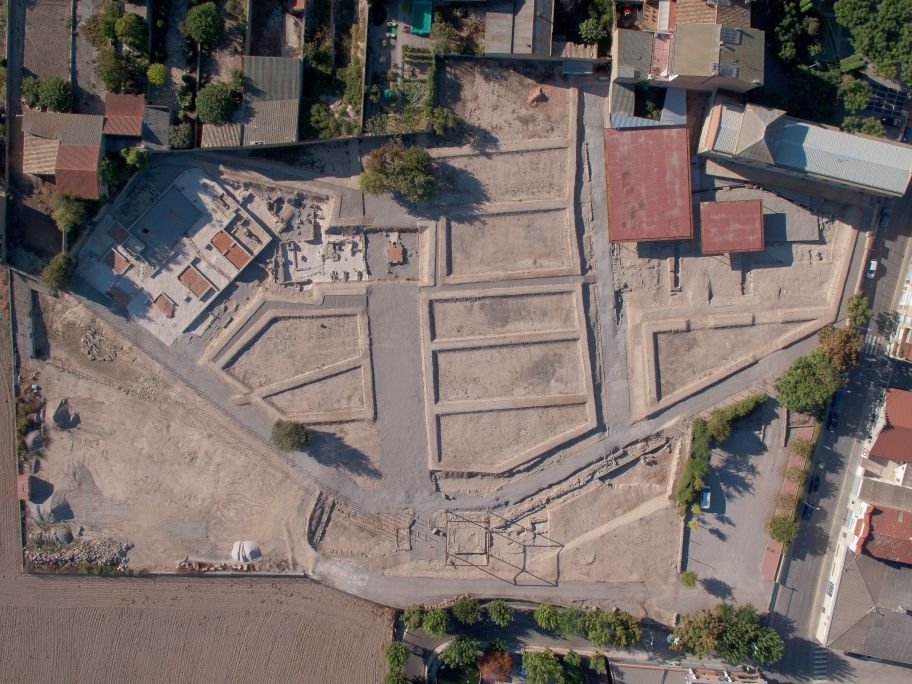 Aerial view of the archaeological park of Guissona.

The recommended itinerary round the Archaeological Park starts at the cardo maximus, the then town’s main street, and continues along the cardo minor and the intervallum, so that the visitor can explore the site’s rectilinear layout, and view the architectural remains of the public and the domestic buildings:

- This section of the wall, which is between three and a half and four metres wide and is composed of large blocks of unmortared stone, protected and delimited the perimeter of the town, which in its heyday would have covered a total area of approximately twenty hectares. The wall’s northern gate, flanked on its western side by a watchtower, remains standing.

- Houses from the first period of the Roman settlement. Of special interest is the upper class home from the High Imperial period. This domus, the Latin name for a house, is laid out around a garden with a peristyle, a row of columns that would have served to mark off this space from the rest of the enclosed site. The house itself had two corridors with several rooms opening off them, including a dining room where fragments of a mosaic have been uncovered. There are also sitting rooms, some of them with frescoes, bedrooms, and its own bathroom, which was the height of luxury at the time.

- The public thermae, or hot baths, originally built during the Roman Republic, had been greatly enlarged by the early first century AD to cover an area of some two thousand square metres. It was a complex of different rooms and pools. One of the most notable is a large natatio, or outdoor swimming pool, which was some ten metres long by six metres wide.

- A cellar, dating from the second half of the fifth century AD, with the remains of a wine press and a deep bowl carved from the rock where grapes would be crushed to extract their juice. 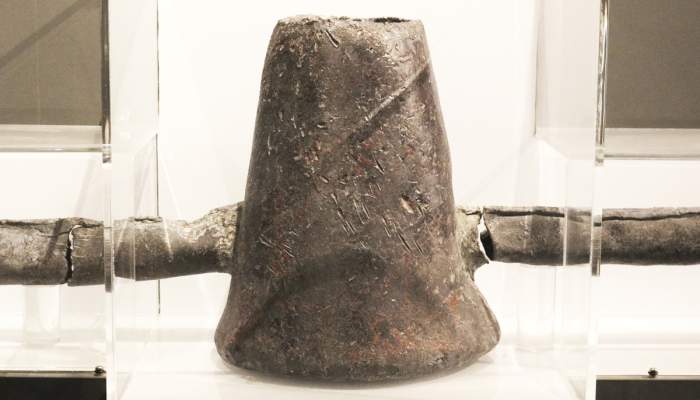 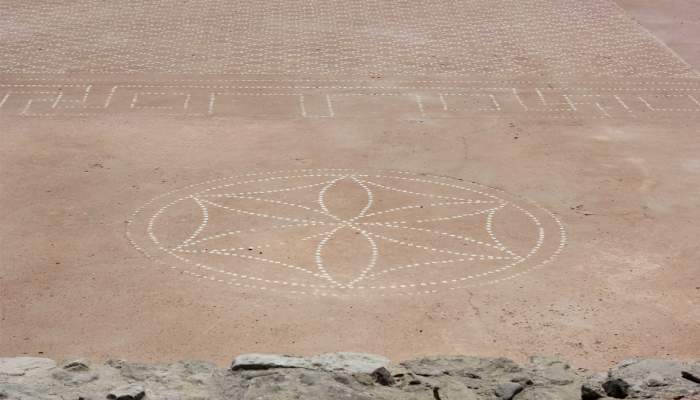 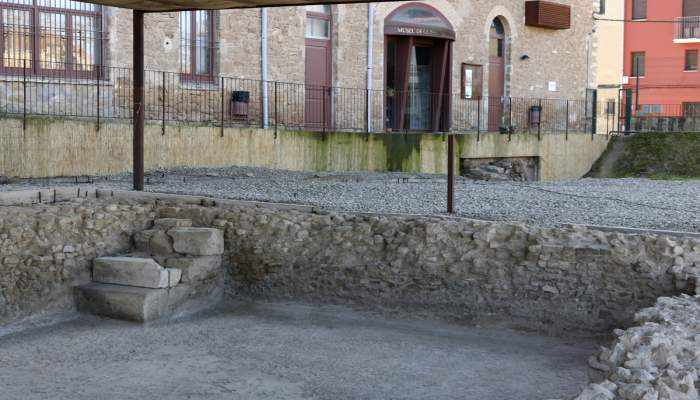