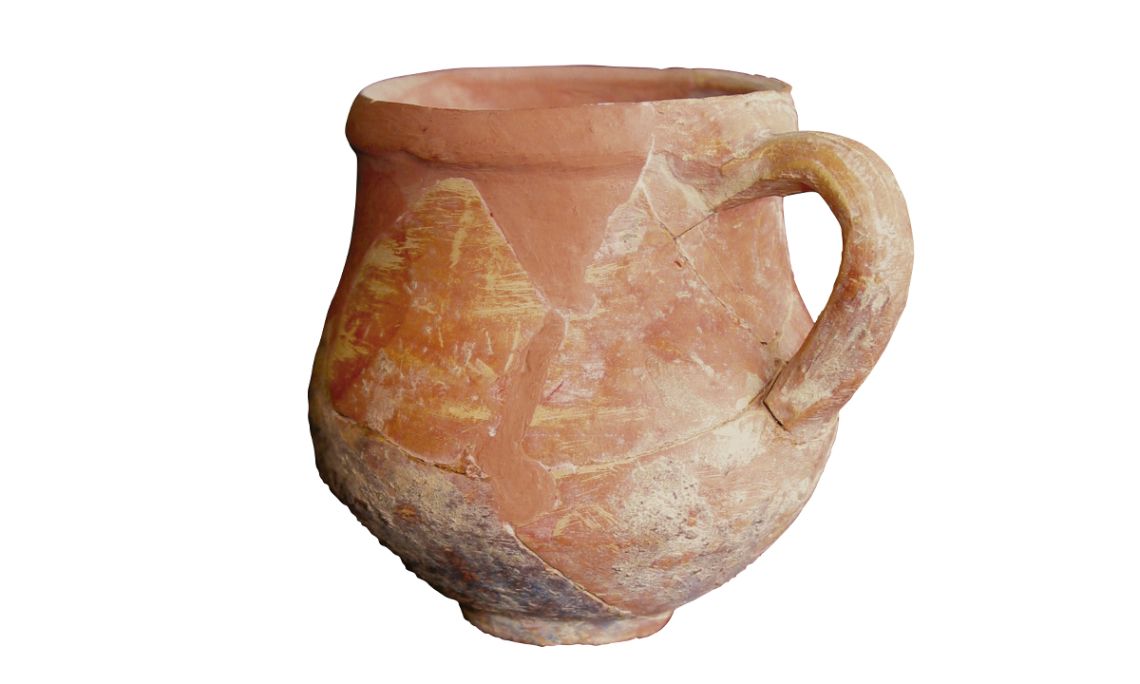 The excavation of two ceramic landfills, one at number 16, Plaça del Vell Pla (1988) and another in Carrer Xaloc (1989), and the excavation of a baker's at number 18, Carrer de l’Onze de setembre (2007), allow us to confirm that there were workshops dedicated to the manufacture of pottery in the city of Iesso. Based on the type of containers recovered, crockery for everyday use was produced near these landfill sites, including jugs, bowls, plates, plate-lids, pots, goblets and votive cups as well as toys. The pieces were made from light beige low-fired clays coated with a brush-applied aqueous slip. This glaze, rich in iron oxides, gave this slip a reddish hue. Chronologically speaking, this production would be situated in the 2nd century AD.