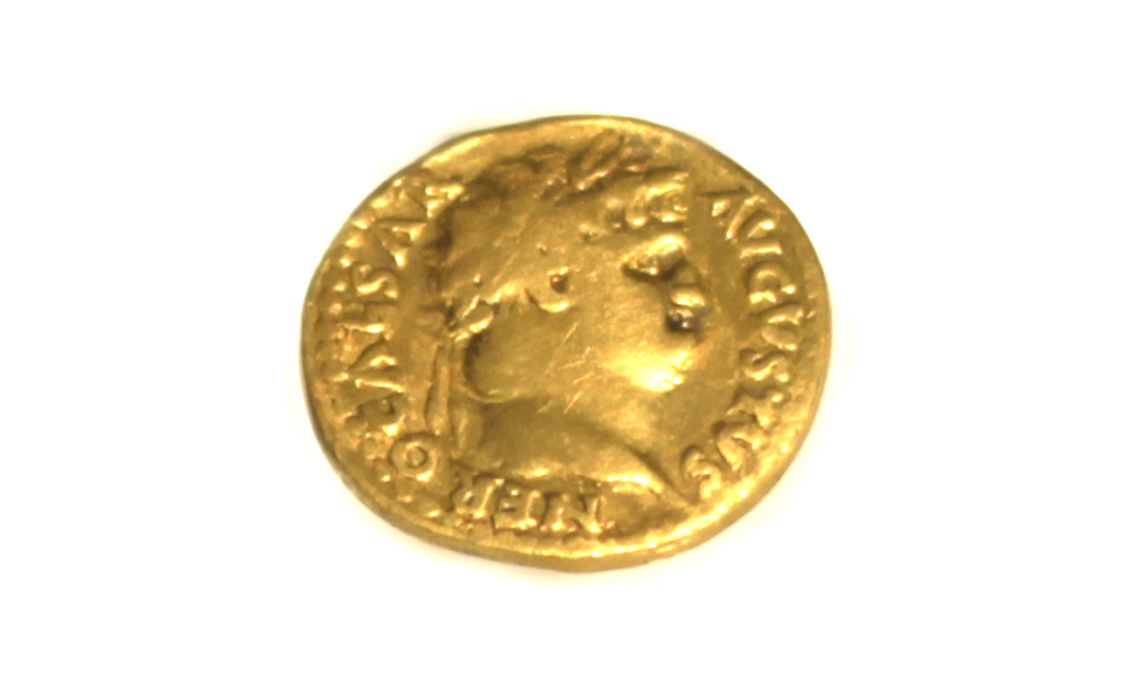 Gold coin of Roman mint, whose obverse shows the laurel-wreathed head of the emperor Nero facing right and the legend “IMP NERO CAESAR”, and on the reverse the seated figure of the god Jupiter Custos facing the right, with a sceptre and the legend “IVPPITER CVSTOS”; it was minted between 66 and 67 AD. This object was recovered in the excavation of a building located outside the city walls, believed to be a hostel located in the wall section of the archaeological park. This construction displays various stages, from the 1st century, the time of its construction, to its abandonment between the late 2nd century and early 3rd century AD.  This type of coin, called an Aureus coin, was in circulation during imperial times, from the time of Augustus (27 BC - 14 AD) to the monetary reform of Constantine the Great (306 - 312 AD).