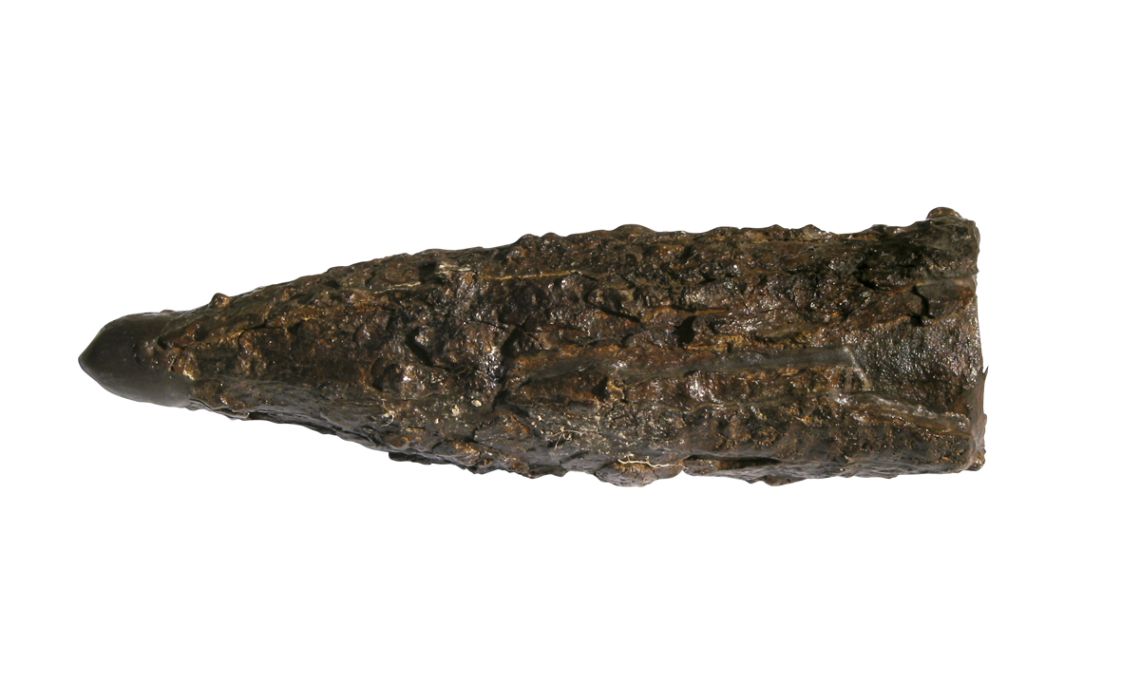 A ploughshare made of iron. Museum of Guissona Eduard Camps i Cava.

This iron share, the part of a plough which scores the furrow, was found in one of the outside yards of the well-to-do domus. The typical Roman plough was composed of a front part, the shaft, which the animal pulled, and a curved rear part, the handle, which was used to hold and steer the plough. Finally, there was the tongue of the plough with the iron share at its lower end, and it was this implement which was used to rip up and turn over the soil for cultivation.