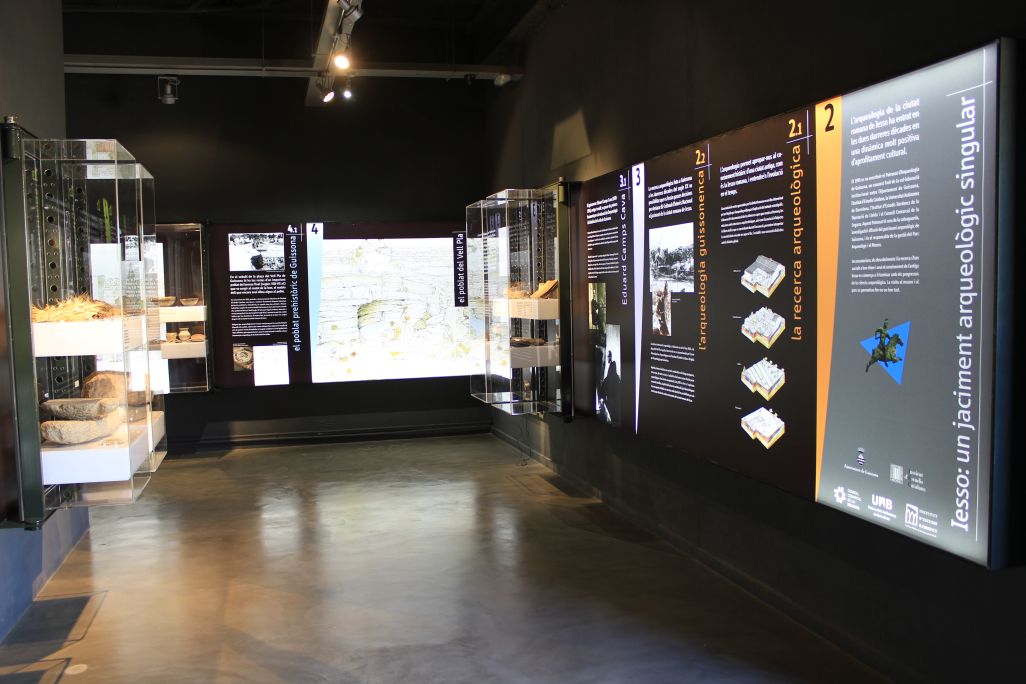 Area at the entrance where the visitor is invited to take a trip from contemporary Guissona to Iesso.

Why did the Romans found Iesso where Guissona now is? Guissona, on an extensive plain between the Llobregós and Sió rivers, is the perfect setting for agriculture, especially thanks the abundant subterranean water which emerges in the middle of the Segarra. Another factor might have been that this region is halfway between the Roman settlements of the coast, those even further inland, and as far as the Pyrenees. We may imagine that these were strategic considerations to build a Roman stronghold here at Iesso, sometime around 100 BC.

How did the first archaeological research on this settlement begin? Historical research on the origins of Guissona began in the early twentieth century with the work of Eduard Camps i Cava, a local scholar and historian. This was followed by excavations carried out by Josep Colominas, an archaeologist working for the Institut d’Estudis Catalans (Institute for Catalan Studies), on the Plaça del Vell Pla in 1933. This was the first serious scientific investigation ever undertaken into Guissona’s past. This work was put on hold during the Spanish Civil War, and its long aftermath, and was only resumed in 1975. In 1987 the Universitat Autònoma of Barcelona took over the project and in 1990 started work on excavations in the area that is today the Archaeological Park of Guissona.

02. The Museum and Archaeology in Guissona 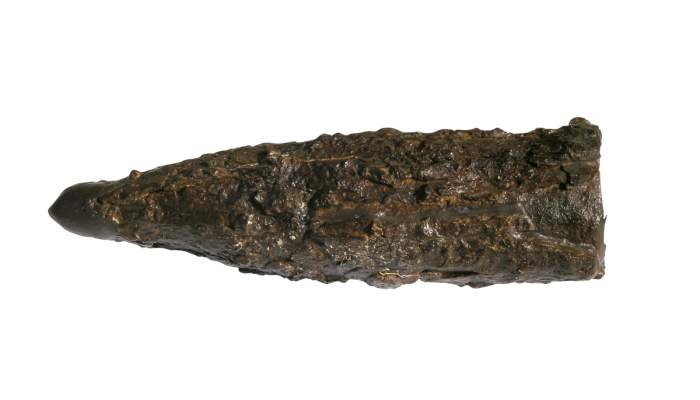 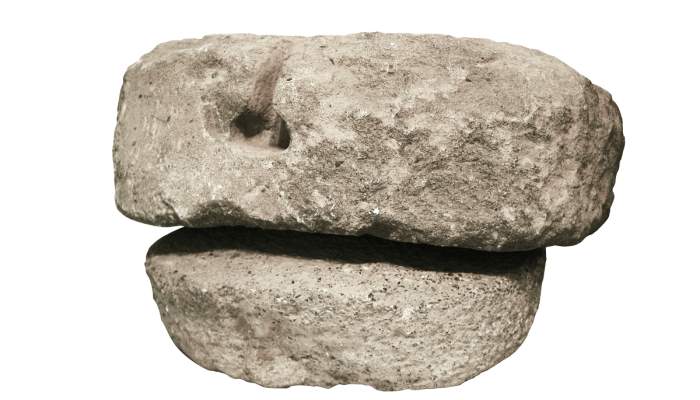