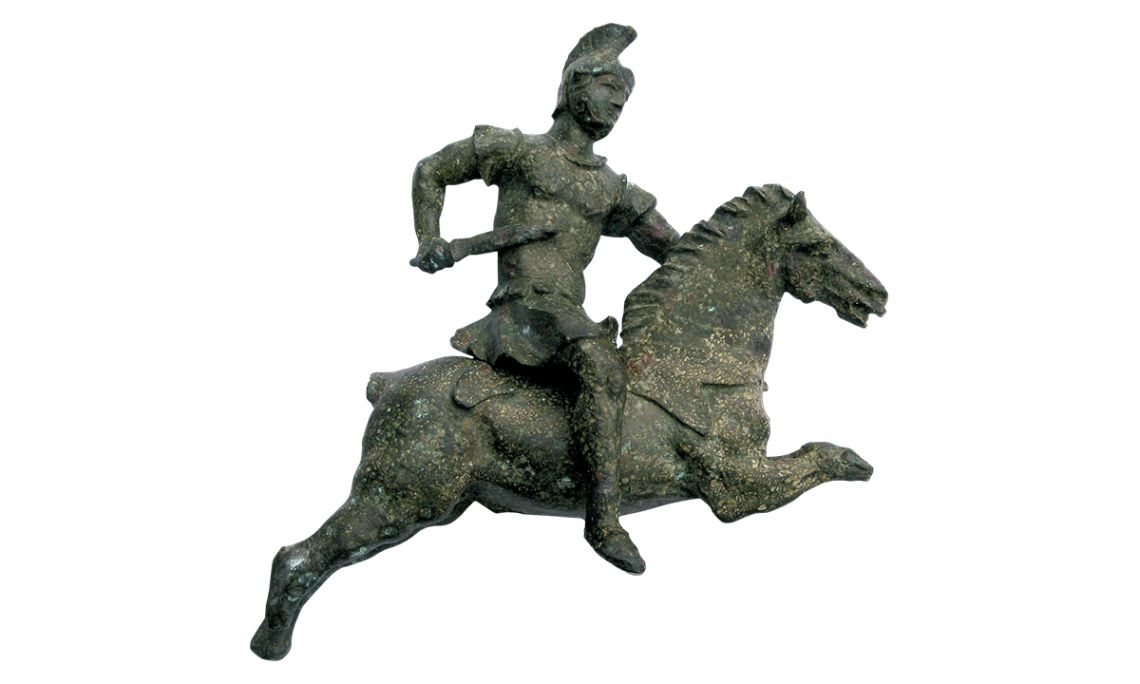 This bronze statuette of a soldier mounted on a horse turned up in 1967 when the foundations for a house were being dug in Carrer de Tapioles. The piece was shaped in two moulds, and was meant to be seen from one side only, as in a frieze. It probably comes from some larger funerary monument whose location remains unknown. From the style and workmanship of the piece it is assumed that it was made for a Roman citizen of Iesso who had seen military service. This bronze horseman is powerfully evocative work of art, and has become a symbol of Guissona’s Roman past.