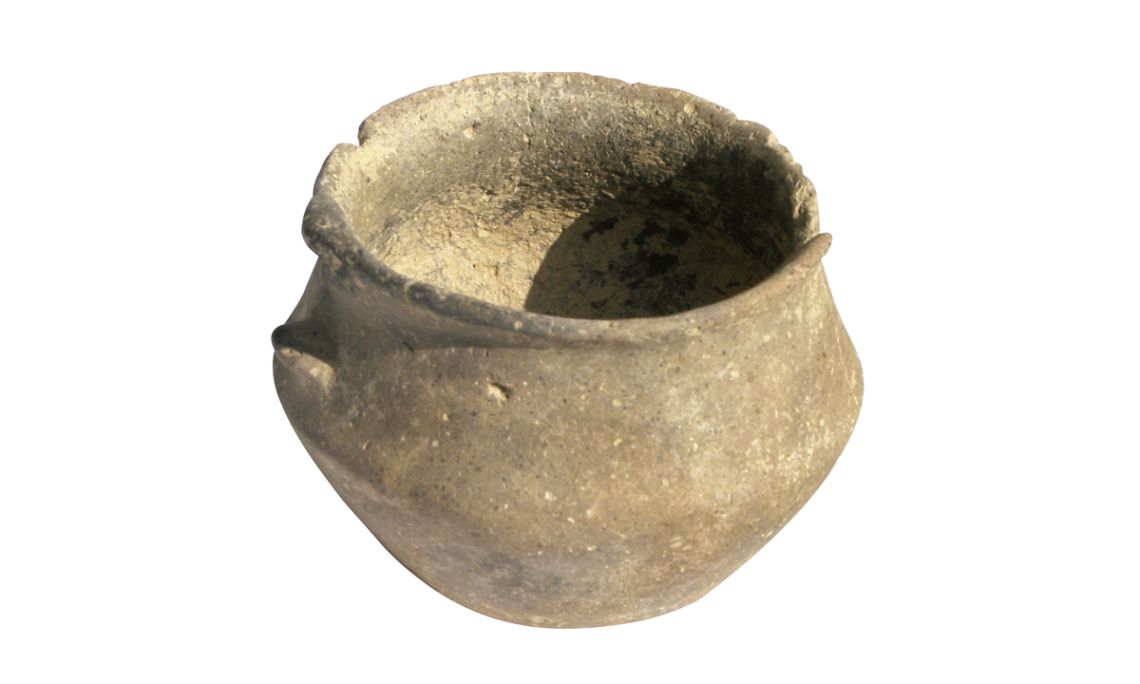 An ornamented drinking cup from the prehistoric site of Auditori. Museum of Guissona Eduard Camps i Cava.

This small ornamented cup has a concave upper part, with rounded edges to its lip. Its neck is slightly pinched. There are two thin horizontal hoops on the outside of the cup, one below the lip and the other at the cup’s neck. The lower half of the cup is convex, with a flat base, and both halves are fused at a joint which is clearly visible. This relic was found at the prehistoric site of Auditori (Massoteres) in a deep hole or cist dug in the rock that would have used for mass burials.