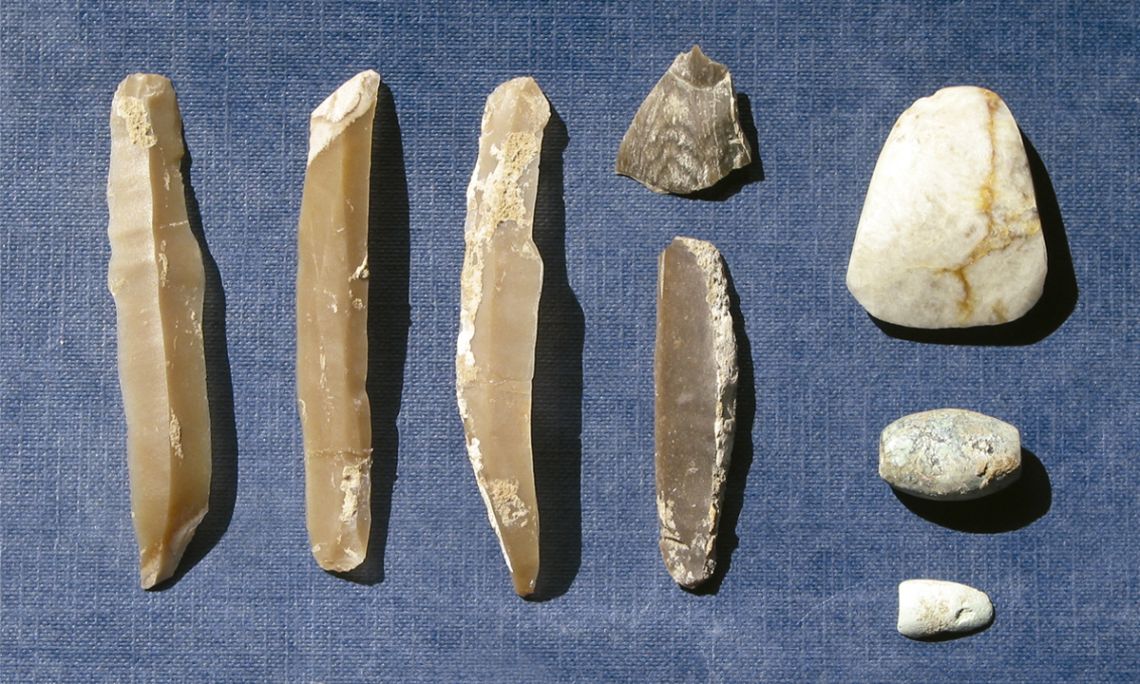 Funeral goods consisting of silex knives, shells and a small votive axe. They were found on a Neolithic burial site built from large stone slabs that, planted upright, created a chamber that was then covered by another huge slab. This burial ground was located during some farm work on the fields of Plana del Torrent, in the municipal district of Ribera d’Ondara. The tomb is proof of Neolithic settlement in the Segarra region, which was most probably limited to small communites around rivers, streams and bodies of water.