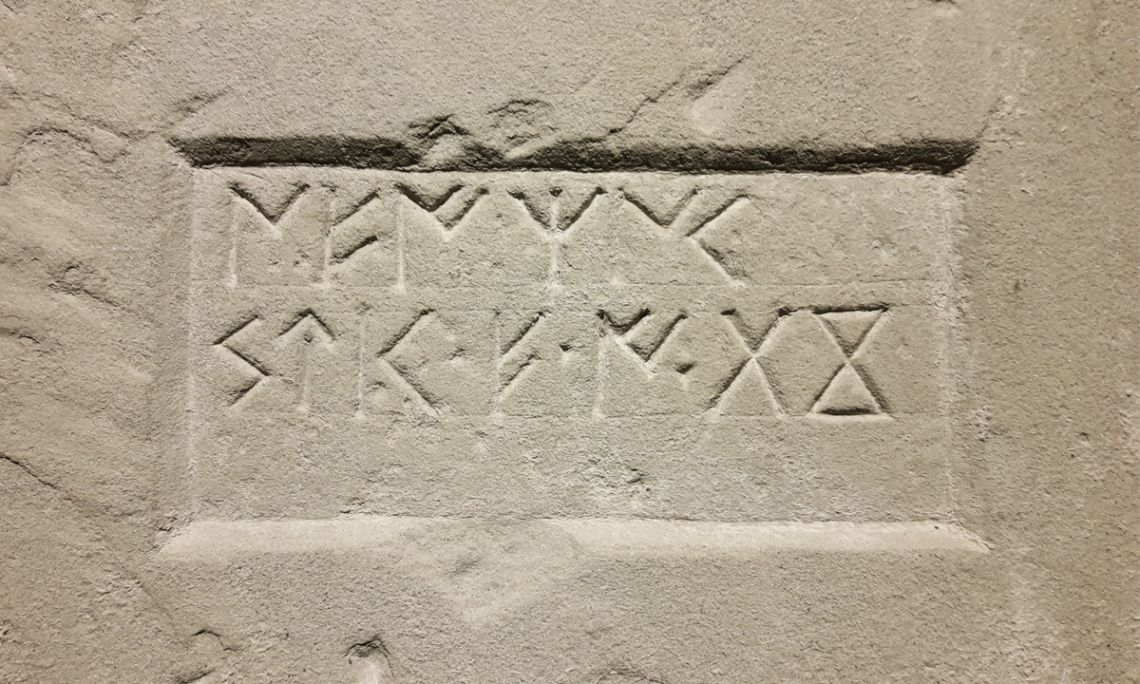 Funeral stele from the 1st century BC with an inscription in the Iberian language. Museum of Guissona Eduard Camps i Cava.