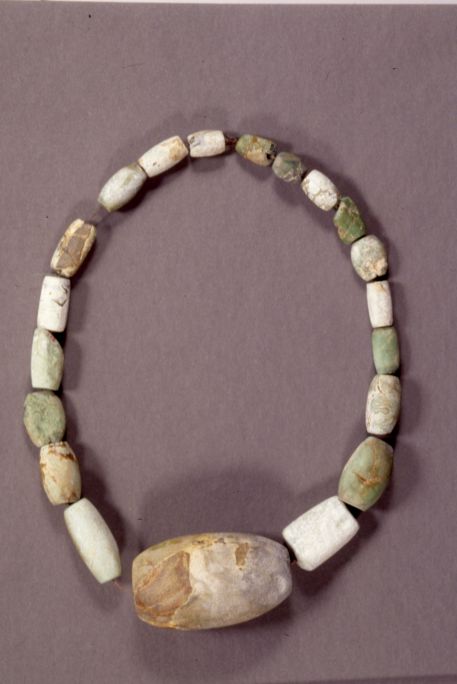 This necklace from the mid-Neolithic was found somewhat fortuitously in 1955 in the place called Bòbila d’en Joca, in the town of Montornès del Vallès, as part of grave goods. At a depth of 1.2 metres over the upper level, a skeleton was found which was crouched facing left and whose head was inclined from N-NE to S-SW. Around it were other goods related to the burial, including around 20 variscite beads, the ones on this necklace.