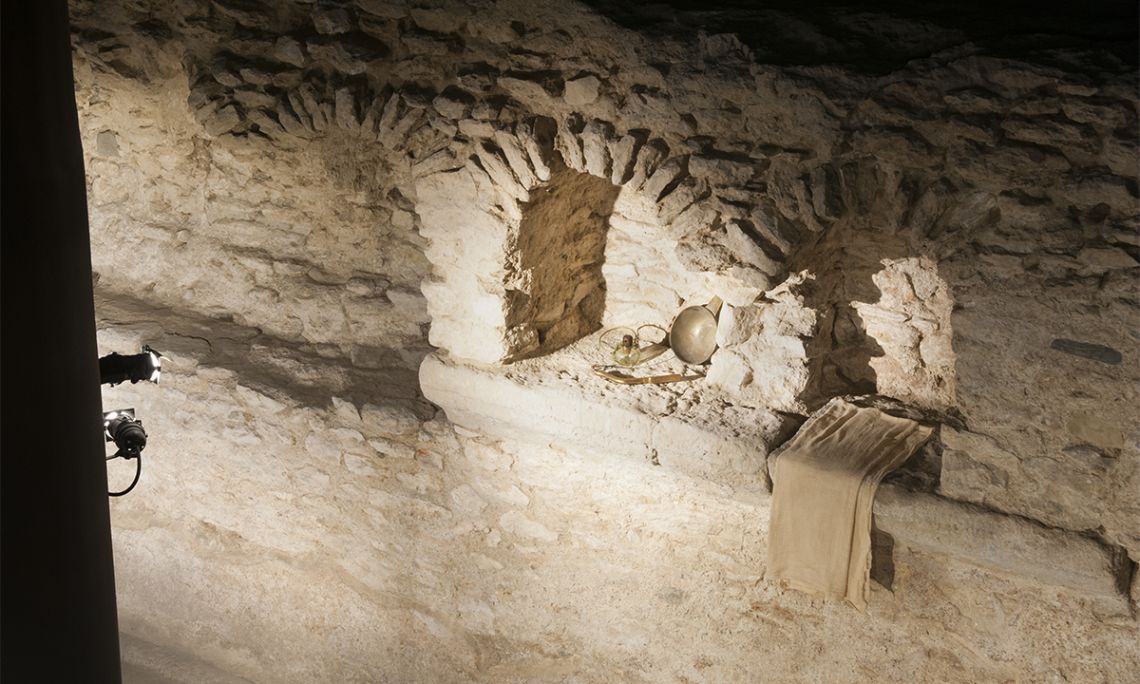 Lockers attached to the walls of the tepidarium where users could leave their personal belongings. Photo by Lluís Andú, Museum of Badalona.

Public baths were created to facilitate the personal hygiene of the majority of the inhabitants of Roman cities, who did not have running water. For this reason, and also because it was the hub of their social life, the baths were one of the most popular buildings in the Roman world. In order to ensure that everyone could use them, their price was extremely cheap. Each user brought whatever they needed for their personal hygiene to the baths (lotions, strigils, etc.) and placed it inside cubbyholes or lockers, such as the ones still conserved in the tepidarium and the caldarium of the baths of Badalona.