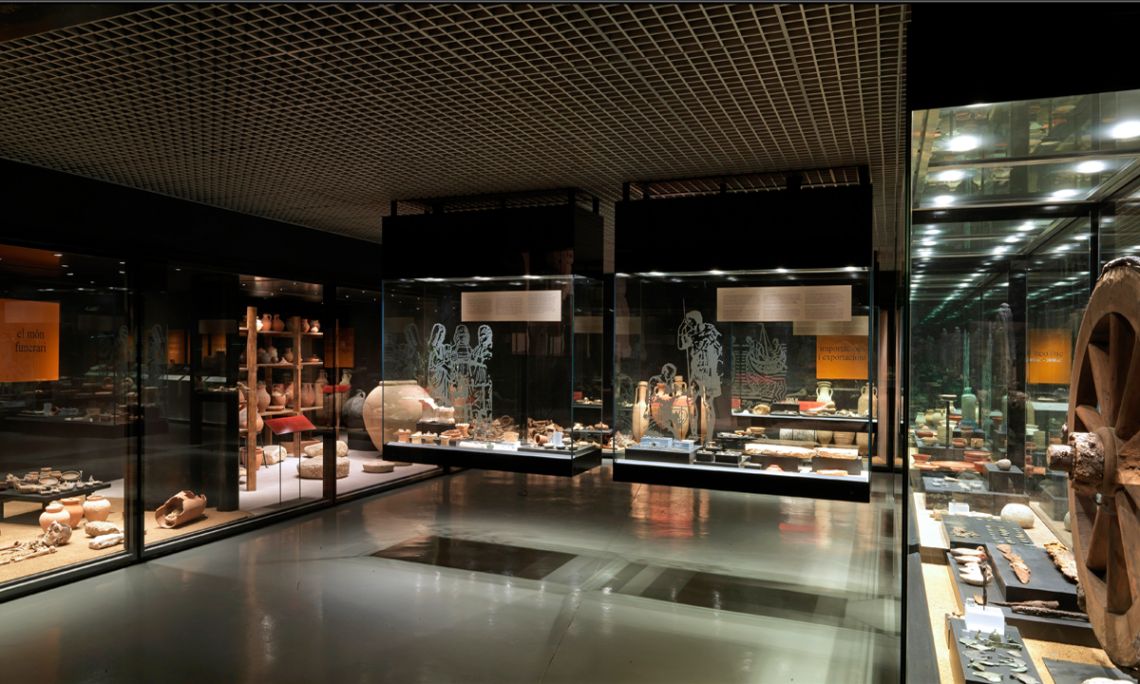 Set of glass cabinets in the museum’s permanent exhibition which display the archaeological pieces that have been found in Badalona. Photo by Antonio Guillén, Museum of Badalona.

The museum’s permanent exhibition contains a broad sample of the archaeological objects that have been found since the excavations got underway in the city in the 1930s.

The show is organised into different themes: from iron and bone work to writing, cooking and games, along with religion, weights and measures and needlework. Particularly noteworthy are the glass cabinets which show the most emblematic pieces, such as the marble sculpture of the goddess Venus, the Vas de les Naus vessel from the Iberian period, the tabula hospitalis – where the citizens of Badalona, or baetulonenses, are mentioned for the first time – and the bronze hinges of one of the doors in the city walls. Also worth noting is the area devoted to funeral worship, with three Iberian stelae, numerous remains from burials and cremations from the Roman period and a large-scale monument. The exhibition area also includes an audiovisual which briefly surveys the Romanisation process of Catalonia and the features of the city of Baetulo and its surroundings. It also takes viewers into some of the most notable buildings, such as the baths, the theatre and the home of a wealthy family or domus. 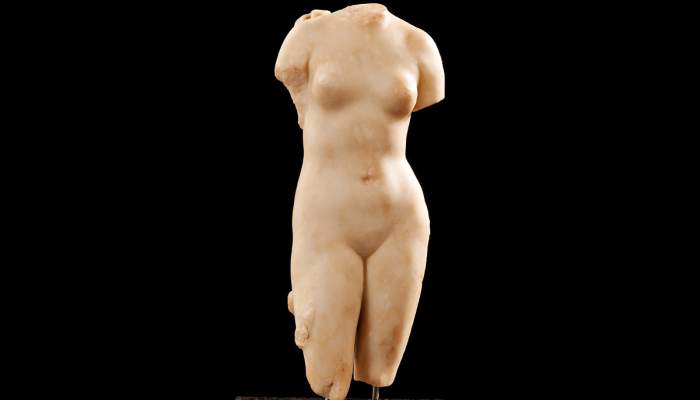 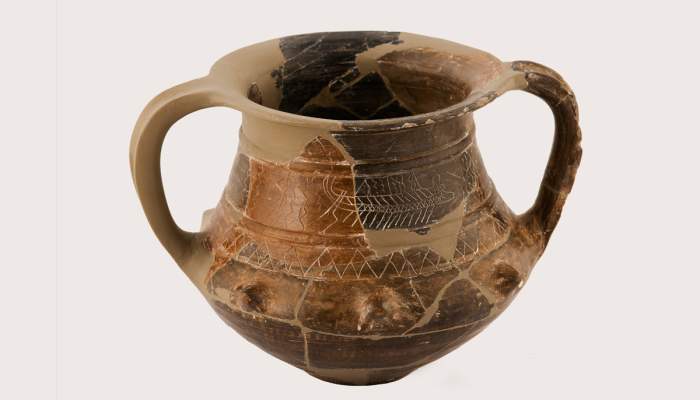