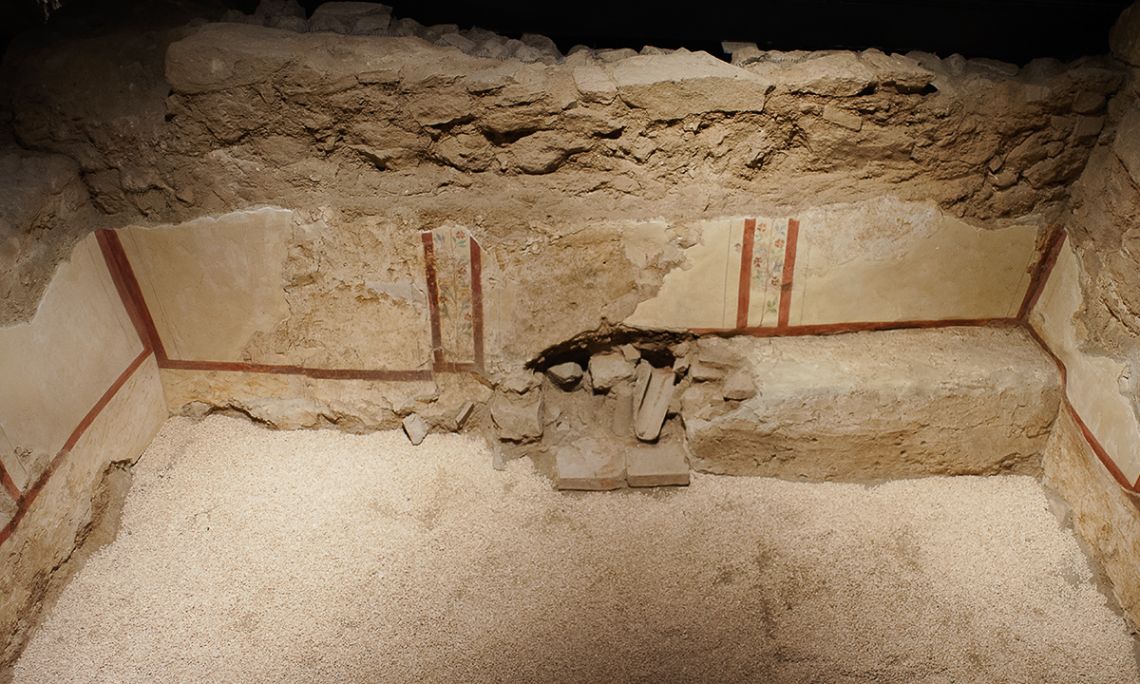 Mural that used to decorate one of the rooms recovered next to the cardo maximus in the city of Baetulo. Photo by Lluís Andú, Museum of Badalona.

The public buildings and some rooms or private establishments had murals and refined or luxurious finishes which were crafted by specialised studios. We know that in Baetulo, in the 2nd century AD, four different studios operated simultaneously, two of them quite prominent: one because of its quality and the other because of its innovation. In this room, the frescoes with floral motifs, a bench built into the wall and a brick brazier have been conserved in situ. The small size of the room and its location in one of the terraces next to the cardo maximus mean that it is particularly hidden away.