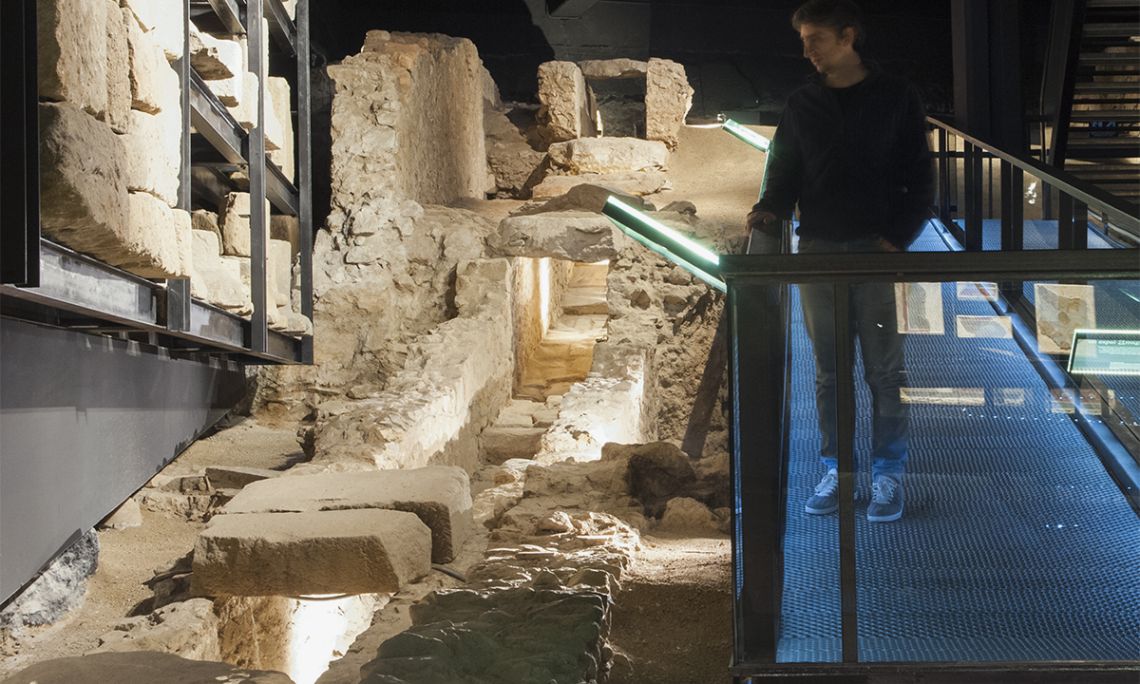 Remains of the main sewer from the ancient city of Baetulo, located under the cardo maximus. Photo by Lluís Andú, Museum of Badalona.

Large sewer of the cardo maximus whose size matched the width of the street, which was 7.5 m. It takes advantage of the steep incline of the hill on which the city Roman city was located to conduct the wastewater to the sea. Under the street, this huge sewer was covered with stone slabs, some of which are still visible. However, two of them were removed to be placed in the permanent exhibition because they were Iberian stelae which had been repurposed.

08. Sewer on the cardo maximus