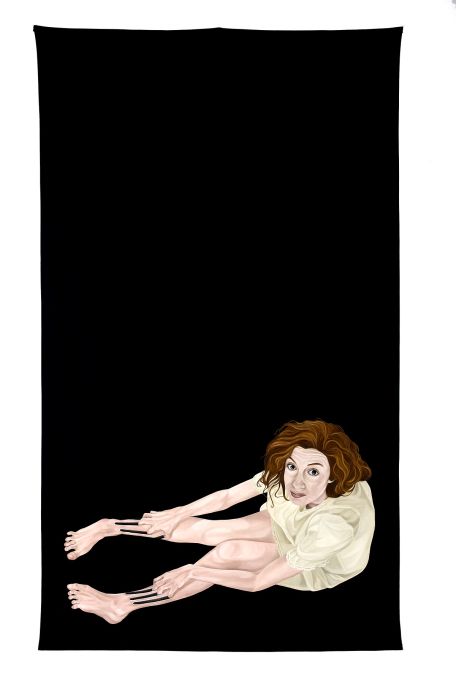 Marina Núñez's work (Palència, 1966) considers questions of identity. With drawings and paintings, and currently with other electronic and digital forms of production, she experiments with media and materials to create a new reading of images that have portrayed female identity as unstable or incomplete, in juxtaposition to the stable and monolithic identity of the male ego.

Núñez has broached the symbolic territories of this segregation since 1992 and this has led to her series of paintings, Monstruas and Locas. The monster figure enables certain stereotypes in the canon of women's representation to be challenged, resulting in images that are dense and dismantled, which transport us to a setting where there is madness, death and mutilated feelings and emotions.

But Marina Núñez's paintings also respond to a clear formal and conceptual strategy. Her paintings, which are impeccably executed, address themselves directly to the viewer through the seductive narrative of their composition, which can be seen as trapped by the apparent legibility of the figures, in such a way as to confront the viewer with unexpected and disturbing features.