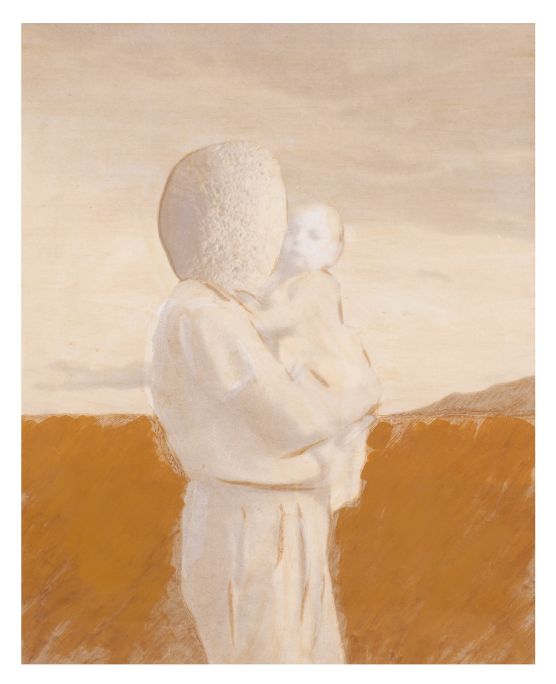 Àngel Jové (Lleida, 1940) is an artist who has worked in many disciplines such as design, cinema and painting. In the 1960s he embarked on a line of conceptual work with a markedly metaphysical aspect in which photography was used to integrate the iconography. After 1982 he returned to painting. While maintaining the fundamentally photographic conception of his work, and the same range of ochres, gilts, and earthy colours so characteristic of it, he also highlights the strong impact of symbolic and poetic elements in combination with disturbing scenes and characters.

This work forms part of this line of experimentation and it establishes a new dialectic between the abstract and the figurative within a framework that is still fully speculative. The work displays a very private interpretation of sacred art: a peculiar maternity, fully immersed in the metaphysical concept we have mentioned, in which shapes and objects appear very slowly, as if emerging from an ancestral memory that always has a certain and fascinating hint of death.