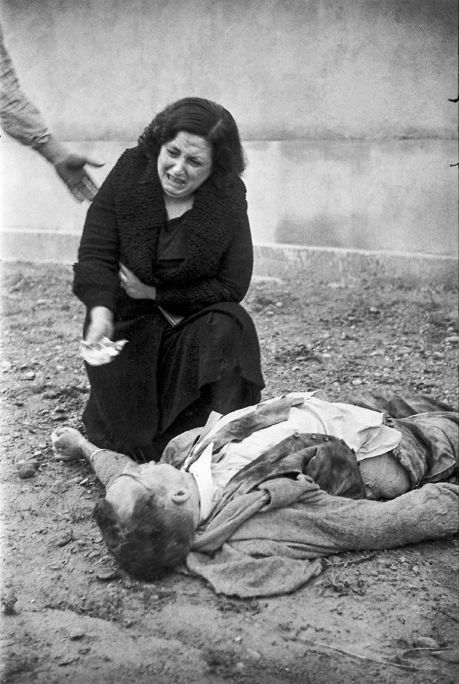 One of the founding fathers of modern photojournalism in our country, Agustí Centelles (Valencia, 1909 – Barcelona, 1985) is one of the most important figures in the history of photography in Catalonia. His work as a photojournalist during the years of the Republic and the Spanish Civil War has been widely acknowledged, not only on account of its historical value, but also because of its advanced, committed and deeply moving nature.

It was in Lleida where he shot one of his most renowned series of photographs, a report on the devastating effects of one of the most deadly aerial bombardments of the Spanish Civil War, the bombardment, perpetrated by the fascist Italian air force, on 2 November 1937.

This famous photograph, which had wide international repercussions, is without doubt the most moving one in the series. It is often referred to as Mater dolorosa, and it remains in the collective memory, not only as an icon of the Spanish Civil War, but also as a universal symbol of human pain and suffering.