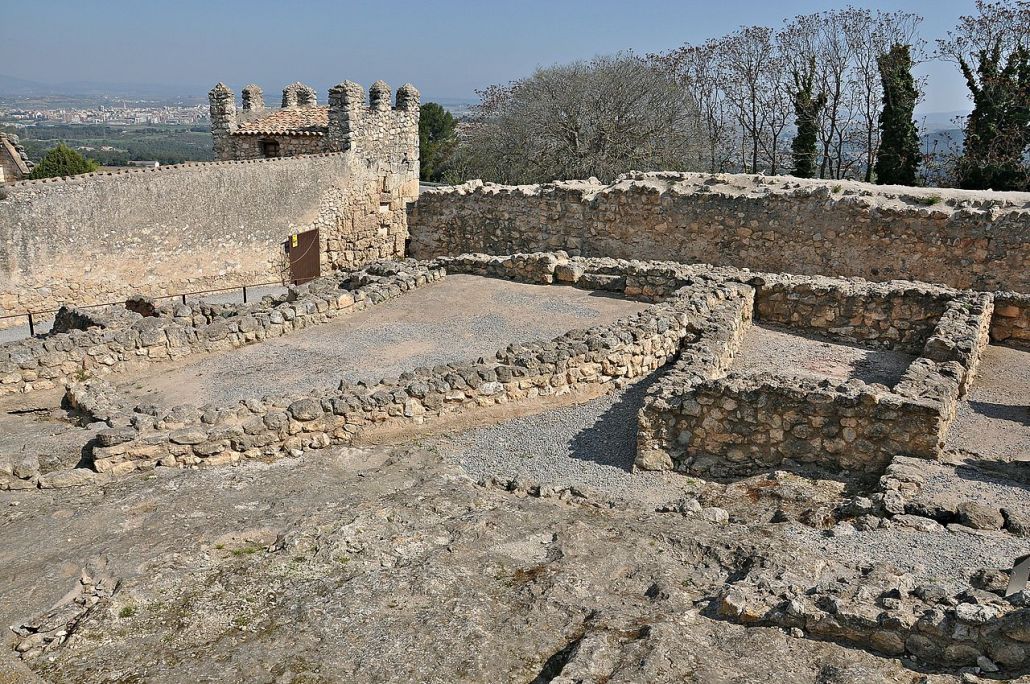 The ruins of Olèrdola. By Alberto-g-rovi

In November 1971, after some alterations to the church and the construction of a new building on the site formerly occupied by a rectory-farmhouse, the monumental complex at Olèrdola was opened to the public. In 1995 the Olèrdola monumental complex became one of the seats of the Archaeology Museum of Catalonia and since 2014 it has been managed by the Catalan Cultural Heritage Agency. Olèrdola was declared a National Cultural Heritage Assetin 1931 and an Asset of Cultural Interest (Bé d'Interès Cultural - BIC).

The complex of monuments at Olèrdola forms part of the Route of the Iberians.

Olèrdola stands on a privileged site between the Penedès plain and El Garraf. Since prehistoric times, its inhabitants have left their mark here: an Iberian settlement, an impressive Roman fortification and a medieval town with Romanesque and pre-Romanesque churches and medieval tombs cut into the rock.

If you go walking in the mountains, we recommend taking water with you, wearing comfortable shoes and warm clothing and, depending on the season, also bring a sun hat. Throughout the year we offer various guided tours and dramatised visits to the Natural Park and the Monumental Complex. Furthermore, if you are experienced hikers and you like a strenuous walk, you can do the circular route to the castle of Olèrdola.

So we encourage you to explore this magnificent complex full of history in the core of the Natural Park of Olèrdola, in the heart of the Penedès!

The road that leads directly to the area (BV-2443) is located at 10 km along the C-15 Vilafranca del Penedès to Vilanova i la Geltrú road, between the towns of Olèrdola and Canyelles. Follow the road signs to Olèrdola Castle.