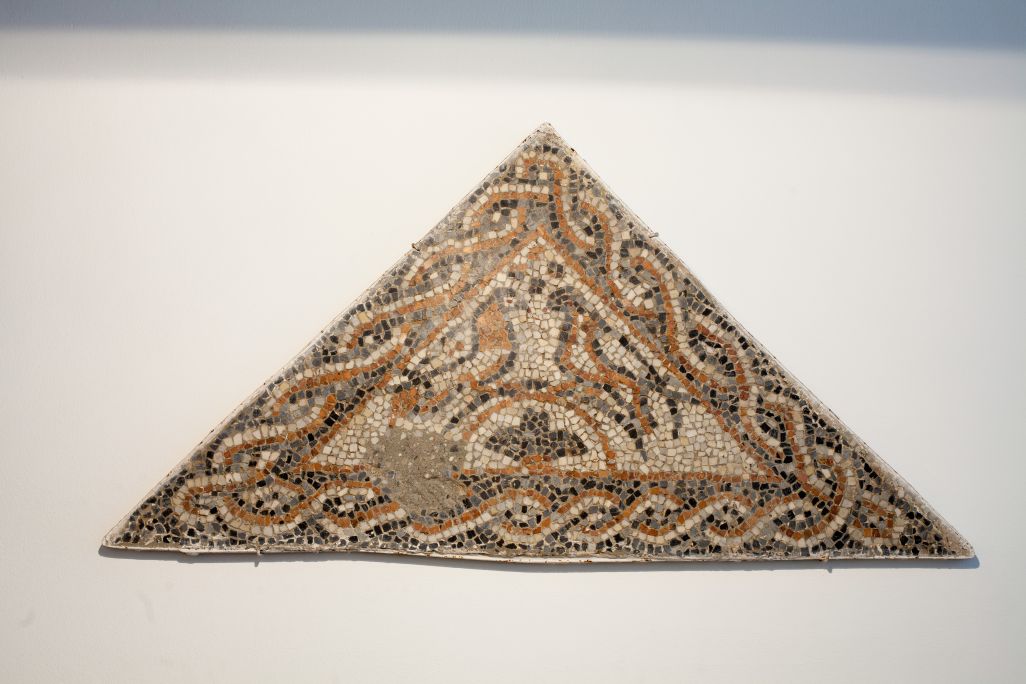 Coloured mosaic with Christian symbols from the Roman villa of Faro (Torrox). Dated between the 4th and 5th centuries. Archaeology Museum of Catalonia. Barcelona.